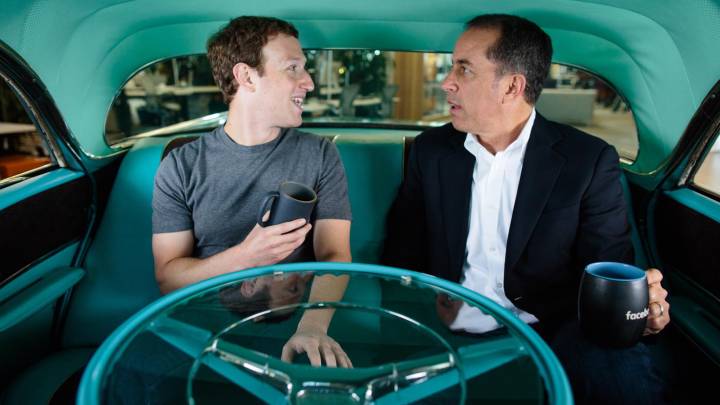 As part of Netflix’s ongoing commitment towards churning out as much original content as possible, the streaming giant over the last two years has made a concerted effort to bolster its lineup of stand-up specials. And true to form, Netflix has not been shy about spending big bucks in order to attract some of the best comedic minds in the business. After doling out $60 million to Dave Chappelle for a pair of stand-up specials, Netflix earlier this year inked a lucrative production deal with Jerry Seinfeld. In a deal believed to be in the $100 million range, Seinfeld is on the hook for two stand-up specials and will bring over his award-winning Comedians in Cars Getting Coffee series to Netflix as well.

Largely considered one of the best stand-up comedians of all-time, there has naturally been quite a bit of excitement surrounding Seinfield’s forthcoming comedy specials on Netflix, though we hadn’t heard much of anything about when they might air. Well, wonder no more. Netflix earlier today announced that Seinfeld’s first stand-up special on Netflix is set to debut on September 19.

The hourlong special, titled Jerry Before Seinfeld, will see the comedian return to New York City’s famed The Comic Strip — the club that helped launch his career. The set will be interspersed with never-before-seen material, including an extensive library of legal pads containing every joke Seinfeld has written since 1975 as well as childhood videos. As part of his set, Seinfeld will perform the jokes that helped ignite his career.

With the debut of Jerry Before Seinfeld now less than a month away, Netflix also posted 9 teaser videos on the company’s Instagram account earlier today. You can check out the full collection here but a sampling of three can be viewed below.