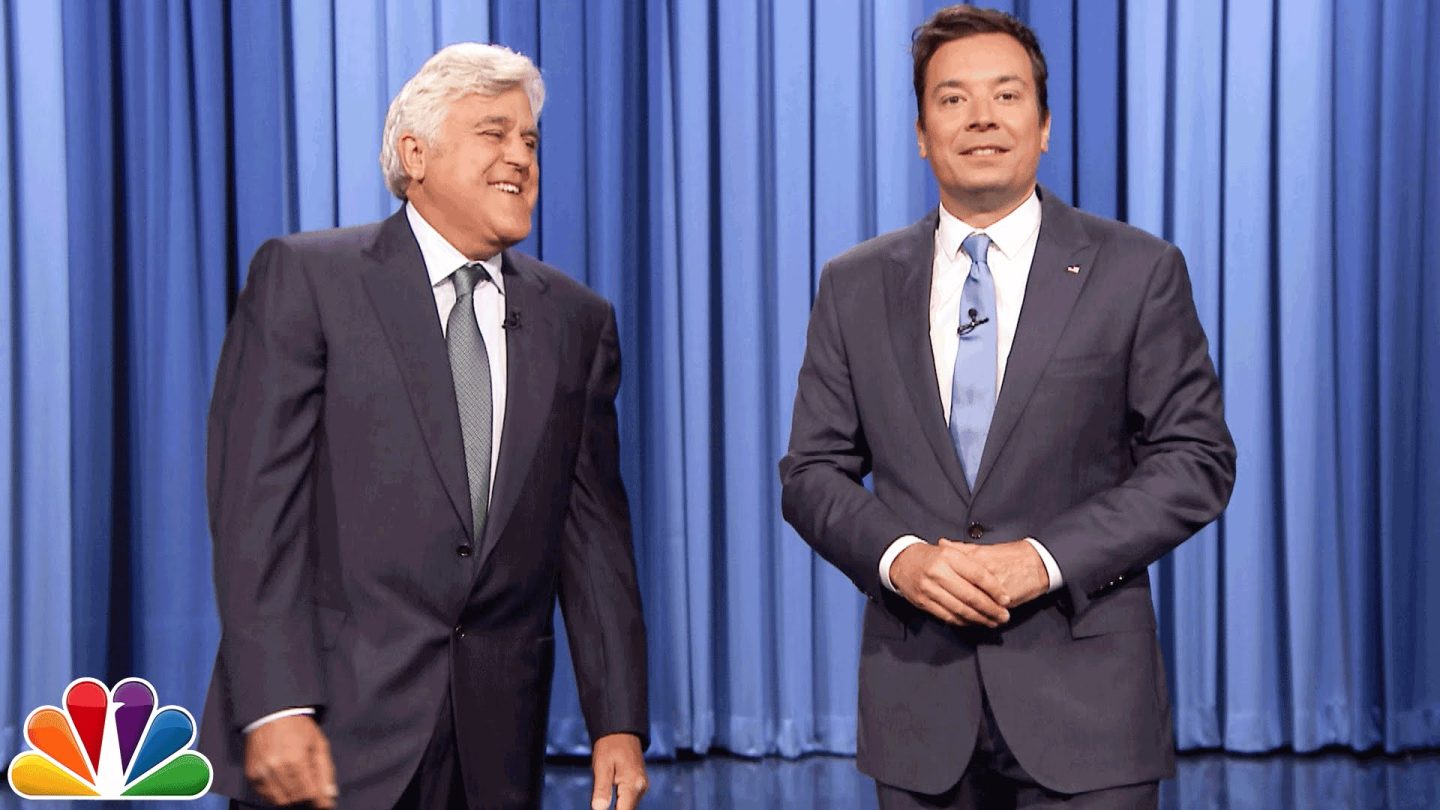 Jimmy Fallon took the reins on The Tonight Show over two years ago, but every once in a while, Jay Leno will drop by to help out with the monologue.

With the election cycle in full swing, it’s honestly not that hard to believe that Fallon could use an occasional assist. After all, there are only so many Donald Trump jokes you can make before you run out of breath.

As always happens before Leno tags in, Fallon “suffers an injury” while telling a monologue joke, forcing him to temporarily bow out. Thankfully, Leno just happens to be waiting in the audience for his chance to jump in.

“According to the Social Security Administration, the most popular baby names of 2016: Noah and Emma,” Leno began. “Least popular baby names: Donald and Hillary.” Most of the jokes revolved around Clinton and Trump, the two presumptive nominees, but Bernie and Obama didn’t come out unscathed either.

“Bernie Sanders still upset because he says his fundraising dinners didn’t raise as much money as Hillary Clinton’s. Well of course they didn’t. No one wants to eat dinner at 4 o’clock in the afternoon,” Leno zinged.

You can watch the entire Jay Leno monologue below: