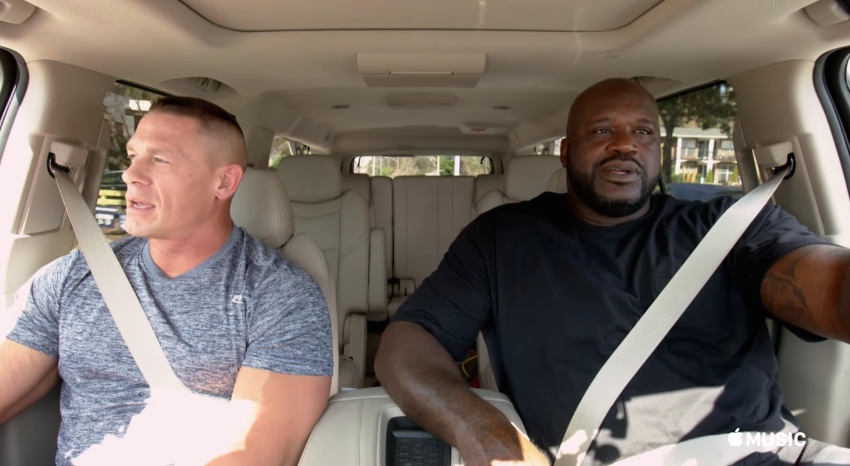 Apple over the weekend released a new trailer for its upcoming series Caropool Karaoke. A popular staple that essentially originated on The Late Late Show With James Corden, Apple purchased the rights to the concept this past July and will bundle the show under its Apple Music umbrella in the coming weeks.

“We love music, and Carpool Karaoke celebrates it in a fun and unique way that is a hit with audiences of all ages,” Apple executive Eddy Cue said at the time. “It’s a perfect fit for Apple Music — bringing subscribers exclusive access to their favorite artists and celebrities who come along for the ride.”

While the underlying premise of the show appears to be the same, Apple’s version seems to have a little bit of a twist insofar as some episodes will feature two celebrities in a car as opposed to having Corden be in the driver’s seat every single time. Additionally, each episode won’t take place exclusively inside of a car. As a quick example, we see John Cena and Shaquille O’Neal hit up a basketball court and Will Smith take to the air in a helicopter.

There’s still no firm release date for the show, but Apple says it’s coming soon. I’ve been pretty skeptical of Apple’s somewhat meandering strategy in the TV space, but Apple’s Carpool Karaoke looks like it might have the makings of a popular hit show.