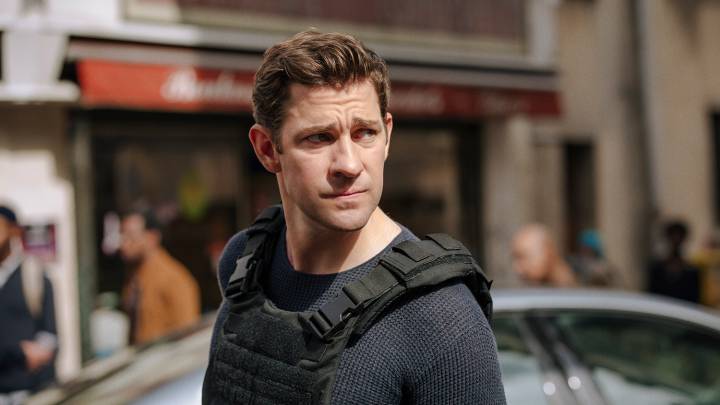 If there was such a thing as the ability to wind back the clock about a decade, screenwriter and producer Carlton Cuse would be back behind the scenes at Lost, which circa 2008 was on the fourth of what would ultimately be six glorious seasons. It was, it should go without saying, among the hottest shows on network TV at the time, one of those series that came at the end of the appointment TV era and the onset of the binge-ification of the medium.

It also presents an interesting contrast to Carlton’s next project Tom Clancy’s Jack Ryan, a new TV series that continues the Jack Ryan superspy franchise and debuts on Amazon next month.

The longtime producer is still focused on content that addicts you, the same way we all kept tuning in to Lost because we were dying to know what the heck the numbers meant and why no one could leave the island. It’s just that now his content is coming to a streaming platform as opposed to a traditional network. And because he and fellow showrunner Graham Roland — another Lost vet who joined in season six as a writer — decided to work with Amazon, they told BGR it gave them a bigger budget, plus a higher profile cast and more creative carte blanche.  Such that it’s a TV series that ends up feeling more like an eight-hour movie.

Carlton went so far as to insist in an interview that they not only got to make the show they actually wanted to make — free of copious notes and meddling from the men in suits. He adds the series would have never seen the light of day under the traditional network TV model, even back during the heyday when Lost was riding high.

“We basically were offered this franchise by Paramount, it was sort of a moribund movie franchise, and they weren’t really planning to make any more movies and like — for Graham and I, it was incredibly exciting,” Cuse told BGR. “Because doing it in the streaming space, we kind of imagined you could really tell a great story across eight hours that you couldn’t … it’s really hard to do a Jack Ryan story in two hours as a film.

“We went with Amazon, because they really promised they would support us and give us the resources and creative backing to make a very large-scale, full-throttle thriller. And they did. We went all over the world. We shot the show on three continents. It really — they provided us with the time and resources to make something that was really done in the same manner one would make a big Jason Bourne feature film.”

Amazon has certainly gone all-out on the series, with marketing that includes bringing a “Jack Ryan” fan experience to San Diego Comic Con this week that includes escape room challenges and spy training.

Carlton describes the Amazon series itself as a prequel — a kind of origin story that brings something new to the character played in film adaptations by Harrison Ford, Ben Affleck, Chris Pine and Alec Baldwin. This new one is also an original story, created by Carlton and Graham, as opposed to an adaptation of a specific book or story in the Clancy-penned series.

The two showrunners go on to praise actor John Krasinski’s “Everyman” portrayal of this version of Ryan — who we see leaving the confines of the CIA for the first time to go out into the field and track down terrorists. Graham compares Krasinski’s “relatability” to Tom Hanks’ brand of approachability. Where “you can see a little bit of yourself in him.”

“So it’s kind of a prequel. It starts — Jack Ryan is sort of only four years into his tenure at the CIA. This is the first time — he’s an analyst in the terrorist arms and finance division and finds himself, based on this research he’s done like in a little cubicle, suddenly he’s on a plane going to Yemen and finds himself in the middle of hunting down these terrorists.”

From Graham’s perspective, he and Carlton jumped at the chance to bring the franchise to a new medium partly because of the rich storytelling potential around such a well-known American espionage character.

And for these particular veterans of prestige TV drama, they see streaming platforms like Amazon as springboards for, dare we say it, a new Golden Age of high-quality, compelling TV offerings.

“The entrance of Amazon into the production space has created an incredible opportunity (for us) as creators to do shows where you’re not resource-limited in the same way you are in a traditional model,” Carlton says.

A series like this one for Amazon, he goes on, it’s too outsized for the traditional model. But for a streaming service and a company like Amazon? It makes perfect sense.

“High-end or premium streaming is really where I think you’re seeing a lot of interesting work being done that is unrestricted by the cost and time limitations that traditionally existed in television,” Carlton says. “There’s almost, like, a continuum now. So at the high end, you have shows like ours. Or Big Little Lies, where you have movie stars, or Game of Thrones, where you have sort of unconstrained opportunities to tell a story in the same way you would in the feature film theatrical space. But you also have time to tell those stories with more depth and complexity and resonance, and that’s the part that’s really great.

“So Graham and I really viewed this as we were getting to tell one big eight-hour movie, and we approached it just like that … It has a different feel. It doesn’t feel traditional television. It feels like you’re watching a long but very engaging movie.”