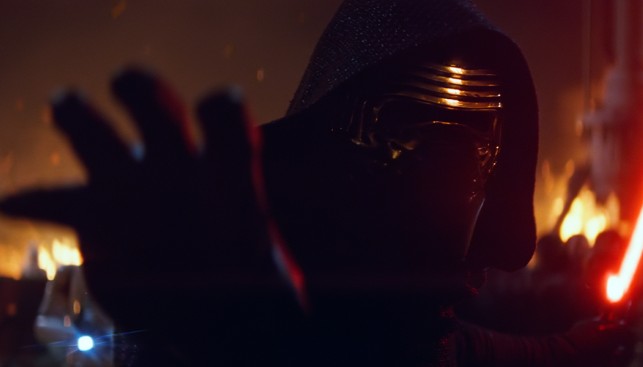 The biggest remaining mystery in Star Wars: The Force Awakens is the identity of Rey’s parents. However, there are still lots of smaller mysteries about the movie that have yet to be solved, such as how Luke’s lightsaber wound up with Maz Kanata. J.J. Abrams this week spilled the beans on another mystery that we’ve been wondering about for a while — namely, what’s the deal with the table of ashes where Kylo Ren keeps his helmet?

The answer, it turns out, is creepier than we expected. Also, beware that there are spoilers below if you still haven’t seen the movie.

Speaking with Entertainment Weekly, Abrams reveals that the table is covered with the ashes of enemies that Kylo Ren has killed. Yes, it seems that Ren likes to put on a helmet that’s be sitting inside the remains of his vanquished foes. That is just creepy.

We were apparently supposed to get the background on these ashes in an earlier scene where Ren took off his mask but the filmmakers decided to cut it because they wanted to save the reveal about Ren’s face until later in the movie.

“He originally had his mask off the first time we shot that scene,” Abrams explains. “Then we reshot it with his mask on, but we had that shot which I loved and thought was so cool of the mask being slammed down into that ash,” Abrams says. “So that shot was stolen from the scene that we had changed and put into the scene with Rey.”

The good news is that Kylo Ren never had the chance to collect the ashes of his father Han Solo after killing him in The Force Awakens, so Harrison Ford’s character will at least be spared that particular indignity.