In honor of July 4th, here’s the most popular patriotic movie in every state

There are a few universally accepted ways to celebrate our nation’s birthday every July 4th, involving things like family get-togethers, barbequing and awesome fireworks displays. If you’re the more indoors sort, however, perhaps finding a comfortable spot on the couch and firing up a classic patriotic movie might be more up your alley. Moreover, the question of which patriotic movie deserves to be re-watched on the fourth is an interesting one, because the contenders vary wildly — from Old Hollywood classics to newer fare — depending on where you happen to live within the country.

To come up with a fun look at each state’s most popular patriotic flick, the folks at Streaming Observer and Mindnet Analytics teamed up to put together the map at the bottom of this post. It was developed using Google Trends data to determine which films are the most searched for in each state.

Let’s say one thing right off the bat: Most of you got this right. Overall, according to the Streaming Observer analysis, the most searched-for patriotic-themed movie in the US is 1996’s Independence Day, as it should be. There’s so much that makes the movie impossible to dislike, from Will Smith’s role as a cocky pilot who helps save Earth from an alien invasion (“Now, that’s what I call a close encounter”) to Bill Pullman’s earnest, just-this-side-of-cheesy portrayal of a US president, with that great, rousing speech toward the end. “The Fourth of July will no longer be known as an American holiday, but as the day the world declared in one voice: “We will not go quietly into the night!” (Pro tip: It’s currently streaming on Hulu.)

A few Captain America movies showed up in the map below, as you’d expect given the patriotic mantle he wears. Also, there was a bit of overlap with some movies being popular in the states where they’re set — so, for example, Gettysburg in Pennsylvania and Forrest Gump in South Carolina.

Without further ado, check out which movie is your state’s favorite via the map here: 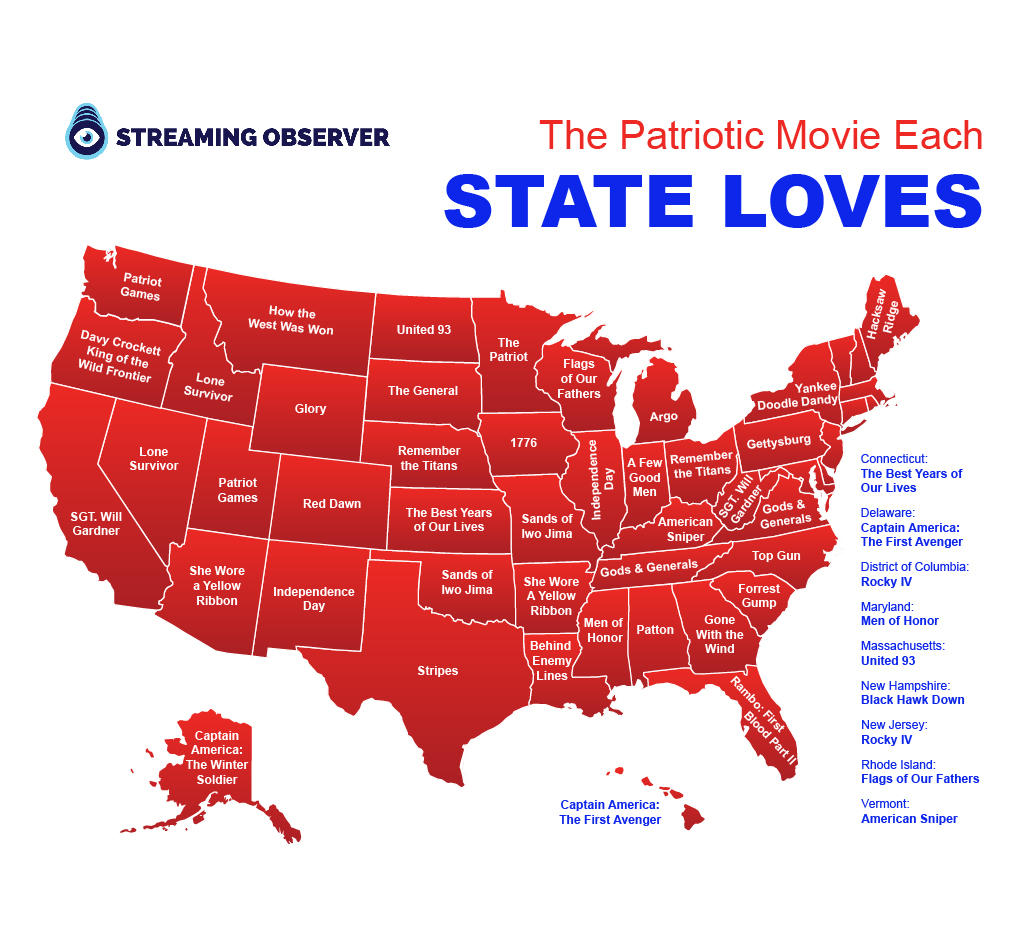 Tweet
‘Stranger Things 3’ is streaming now, and word is it’s the best season yet