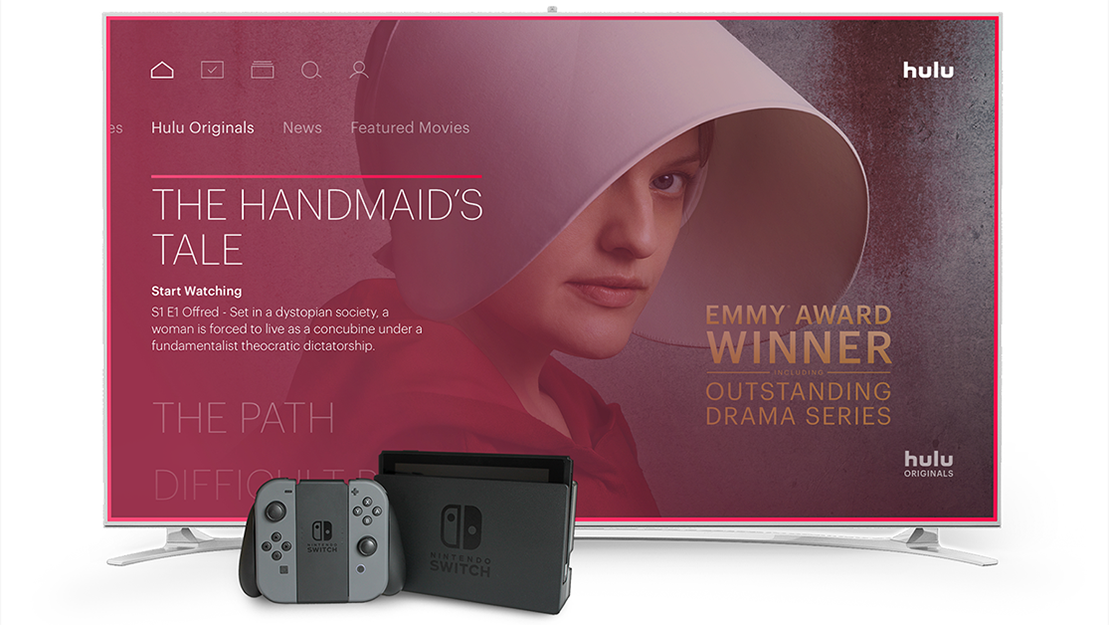 In its weekly email newsletter highlighting upcoming releases, Nintendo revealed that Hulu will be the first streaming service to hit the Switch, and it will be available within the next week. Nintendo has stated on multiple occasions since the launch of the Switch in March that streaming services would eventually come to the new console, but no detailed plans were ever discussed. If Nintendo’s newsletter is to be believed, Hulu could be available later today.

Oddly, neither Nintendo nor Hulu have said anything about the arrival of Hulu on Switch yet. The only indication that it’s coming are the mention of the app in the email to press and a currently blank page on Nintendo’s website.

Providing this isn’t an error on Nintendo’s part (and the page on Nintendo.com suggests it isn’t), Hulu will plug one of the only major holes in the Switch ecosystem. As we said in our review earlier this year, the Switch is one of the most impressive consoles Nintendo has ever released, but the fact that it didn’t launch with any media apps was odd. Even the Wii U, as flawed as it was, had access to Netflix and other streaming services at launch.

Nintendo didn’t include a release date for the Hulu app in its email newsletter, but there’s a decent chance that it will be available on the eShop in North America when the digital store updates at 12 PM ET. The Hulu app will be free to download, but you’ll either need to have an active subscription or start a free trial to watch anything.

Thought Nintendo Switch was just for games? It was. Until today…

We are very proud to announce that Hulu is the first US streaming entertainment service to debut on Nintendo Switch! Beginning later today, Hulu subscribers can now use their Nintendo Switch to stream all of their favorite TV whether they’re at home or on the go.

The next time you start up your Switch, you’ll be able to download Hulu directly from the Nintendo eShop and immediately dive into the new, deeply personalized Hulu experience. You’ll be able to enjoy both our traditional on-demand subscription as well as our Hulu with Live TV plan and watch live and on-demand programming from more than 50 of the top news, sports and entertainment channels including all five of the major U.S. broadcast networks, , Fox Sports, CNN, FX, Bravo, TNT, A&E and more.

Whether you have our core $7.99 service or our $39.99 Hulu with Live TV plan, you’ll have have access to our vast catalog of award-winning content like The Handmaid’s Tale or This is Us and the ability to customize your experience by adding up to six profiles and HBO®, Cinemax® or SHOWTIME® premium add-ons.

And, since we know that some things are better live- like sports, news and major events like the Emmys– we offer personalized experiences uniquely in our live TV product. For example, if you’re a sports fan, Hulu’s live offering makes it easy to find and favorite your teams, sports, and leagues – you no longer need to memorize what time or which channel your team’s game is on. We’ll automatically record your favorite teams for you, so you’ll never have to miss a play. We also curate timely one-stop destinations for must-watch programming like College Football, The NFL games and Fall TV so you always have a pulse on and easy access to the sports and shows you love to watch live.

So, with Hulu now on the Nintendo Switch, all of your TV is truly in one place. You can have a deeply personal experience in your living room or on the go, without having to change devices.

We hope you take advantage of all the ways you can make your new Hulu experience as personal as possible and enjoy your experience on Nintendo Switch. We’ll continue to roll out across the devices that matter most to you.