Got a movie title on the tip of your tongue? This brilliant AI will help you remember it 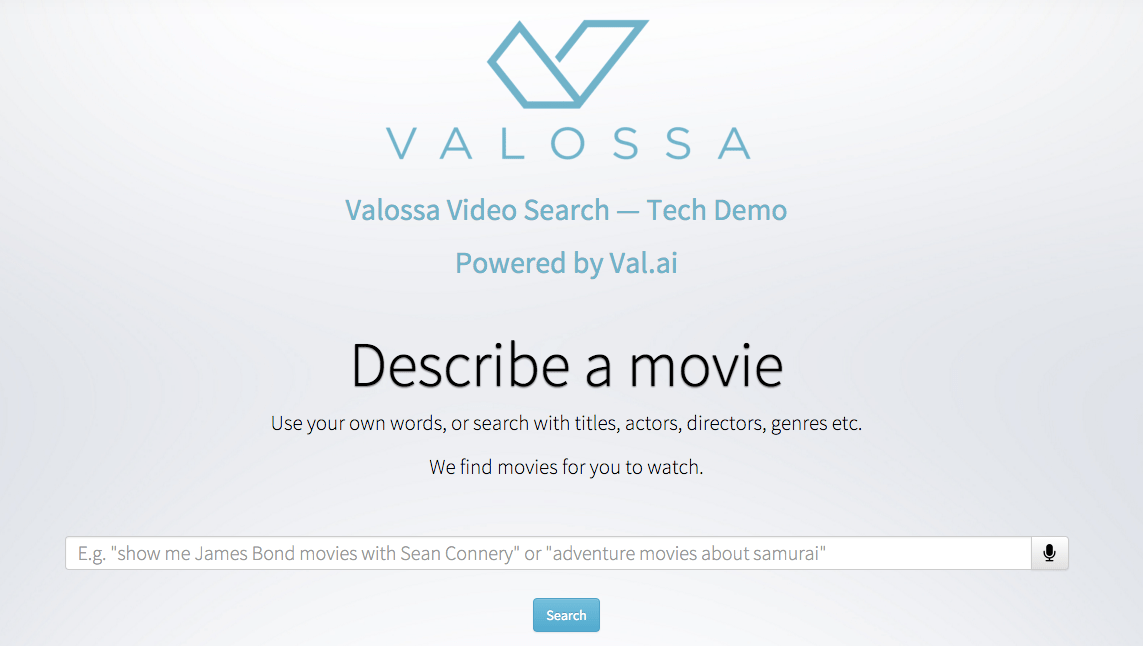 Have you ever been trying to remember the name of a movie, but it just wouldn’t come to you? It can be incredibly frustrating, both for you and for the people who have to listen to you repeat, over and over again, “you know, it’s the one with the guy from that other thing.” Well, now there’s a solution.

This week, AI technology firm Valossa introduced its flagship video recognition service called Val.ai. According to Valossa, Val.ai “is uniquely capable of analyzing movies and videos in real-time to identify more than one thousand concepts (e.g. places, objects and themes) from any video stream.”

Once the AI has identified the hundreds or thousands of concepts within a video, it makes them all searchable in real-time. For example, if you enter the query “Tom Cruise kills aliens,” Edge of Tomorrow is the first result.

Although that one works, the technology is clearly still in the development stage. Searching for “David Spade becomes a llama” returns 30 movies, half of which don’t feature David Spade and none of which are The Emperor’s New Groove.

Valossa uses the technology that powers Amazon’s voice assistant, Alexa, but notes in the press release that the integration is still in beta. If you want to see what Val.ai is capable of, you can test it out at http://www.whatismymovie.com/.

Tweet
10 of the best surprising twists in movie history