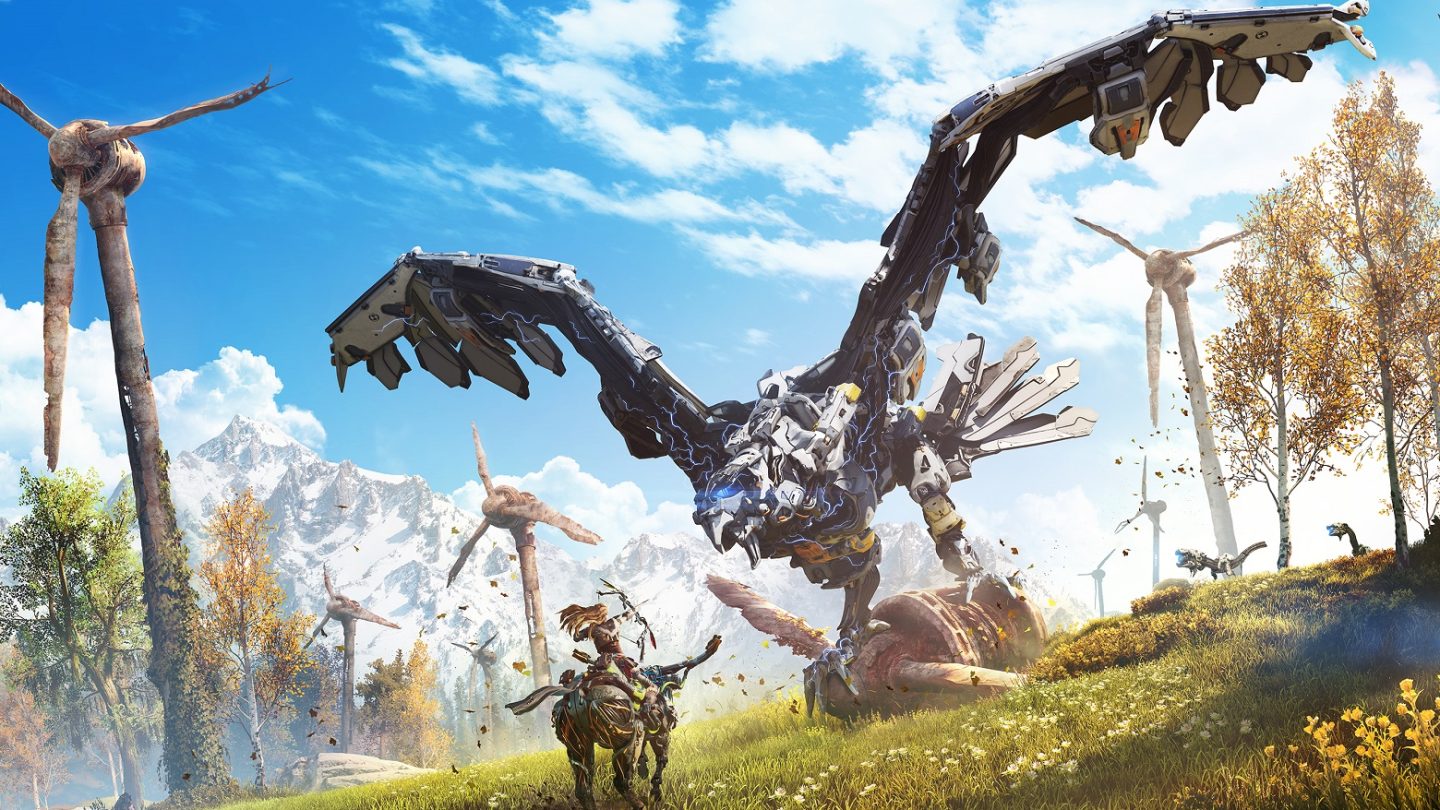 Lately, my enthusiasm for open world games has diminished substantially. While I couldn’t get enough of Spider-Man 2 or Morrowind in the mid-2000s, I found myself nitpicking the worlds of Grand Theft Auto V and The Witcher 3 in recent years. It wasn’t that they were any less impressive or compelling, but I could see the seams. Open worlds were no longer an achievement — they were a bullet point on the back of the box.

As such, I was cautious about getting too excited over Horizon Zero Dawn. From the moment I laid eyes on it at E3 2015, I knew it had the potential to be special. But it could also be another Far Cry Primal: built on good intentions and forged from the disparate remains of past successes.

After spending a few hours with the game earlier this week, I’m happy to report that Horizon Zero Dawn is not only turning out to be as special as I’d hoped it might be, but that Guerrilla Games has designed one of the most cohesive, coherent and jaw-droppingly attractive open worlds of the current generation.

The opening cutscene of Horizon Zero Dawn does a lot of heavy lifting without putting the player to sleep. Within moments, Guerrilla has established that Rost is an outcast living in a primal world, that he has a daughter that means the world to him and that he wants to give her a chance for a better life. 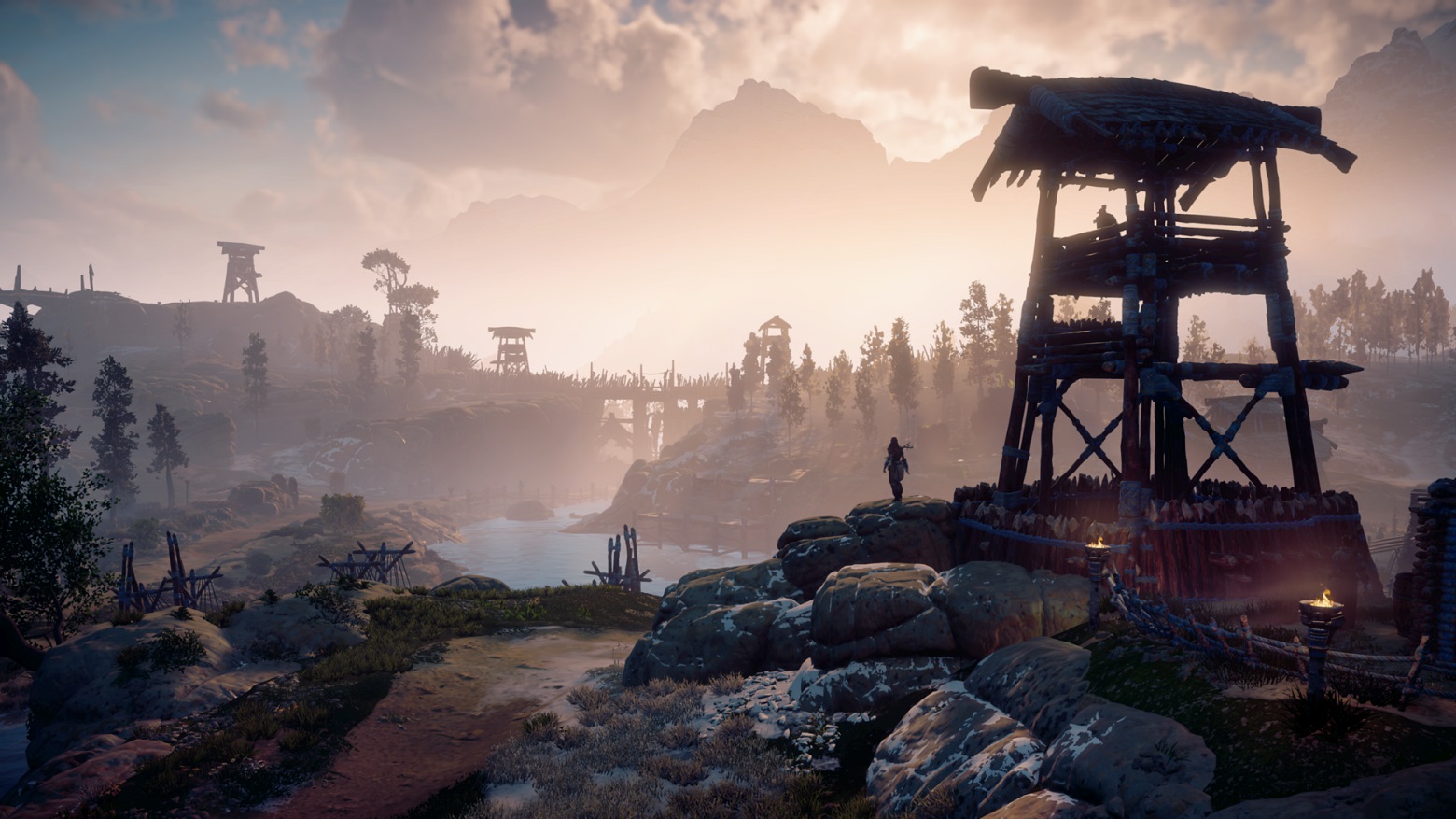 We then flash forward a few years and see children from the Nora tribe foraging for berries. Rost’s daughter, Aloy, attempts to join in, but the mother of one of the young boys tells the children not to interact with the outcast. Distraught, Aloy runs off, stumbles and falls down a pit. She screams for her father, but she’s fallen too far. No one can hear her. So she starts looking for a way back to the surface.

At this point, we learn that Horizon Zero Dawn doesn’t take place pre-technology, but post-technology — there’s a whole world buried beneath the surface. Electronics, man-made structures and decaying human bodies are strewn about the underground system that Aloy finds herself in, and we realize that one fallen society has given way to another. The modern world has fallen.

Aloy eventually makes her way out of the cave system, but not before finding the coolest Bluetooth headset you’ve ever seen. With it, she can scan the environment, track and tag enemies and gain a competitive edge in a world where technology has been banned.

Rost realizes that Aloy is becoming independent, so he decides to begin training her before she gets herself into trouble that she can’t get out of. The two venture out into the woods to hunt, but rather than hunting deer or fish, they hunt the animal-like robots that have taken over the world of Horizon.

It’s here that I learned about the various types of machines, from the Watchers that patrol the land to the packs of Striders and the Grazers that they protect. I also got my hands on Aloy’s bow for the first time, and as a fan of games that feature bows and arrows — from the Zelda series to Tomb Raider — I can say that Horizon Zero Dawn has some of the most satisfying archery of all time.

After a few introductory quests to explain the game’s mechanics and introduce the main characters, we once again flash forward, this time to a young adult Aloy who is finally ready to participate in a dangerous test that, if she passes, will allow her to shed her outcast title and become a member of the tribe.

This is when the game opens up, as Aloy is tasked with gathering the necessary materials to craft fire arrows and bartering with a local trader for a weapon that shoots electrified tripwires capable of temporarily stunning machines. I put everything I’d learned in the game’s opening missions to use to find a pack of Striders, duck into the nearby tall grass, scan and tag every machine in the area and take aim at my prey. I shot the blaze canister off of the top of a Strider for a critical hit, waited for it to lift its head in and then pierced its mechanical face with another arrow. The rest of the pack scurried away as I waltzed over to collect my loot. 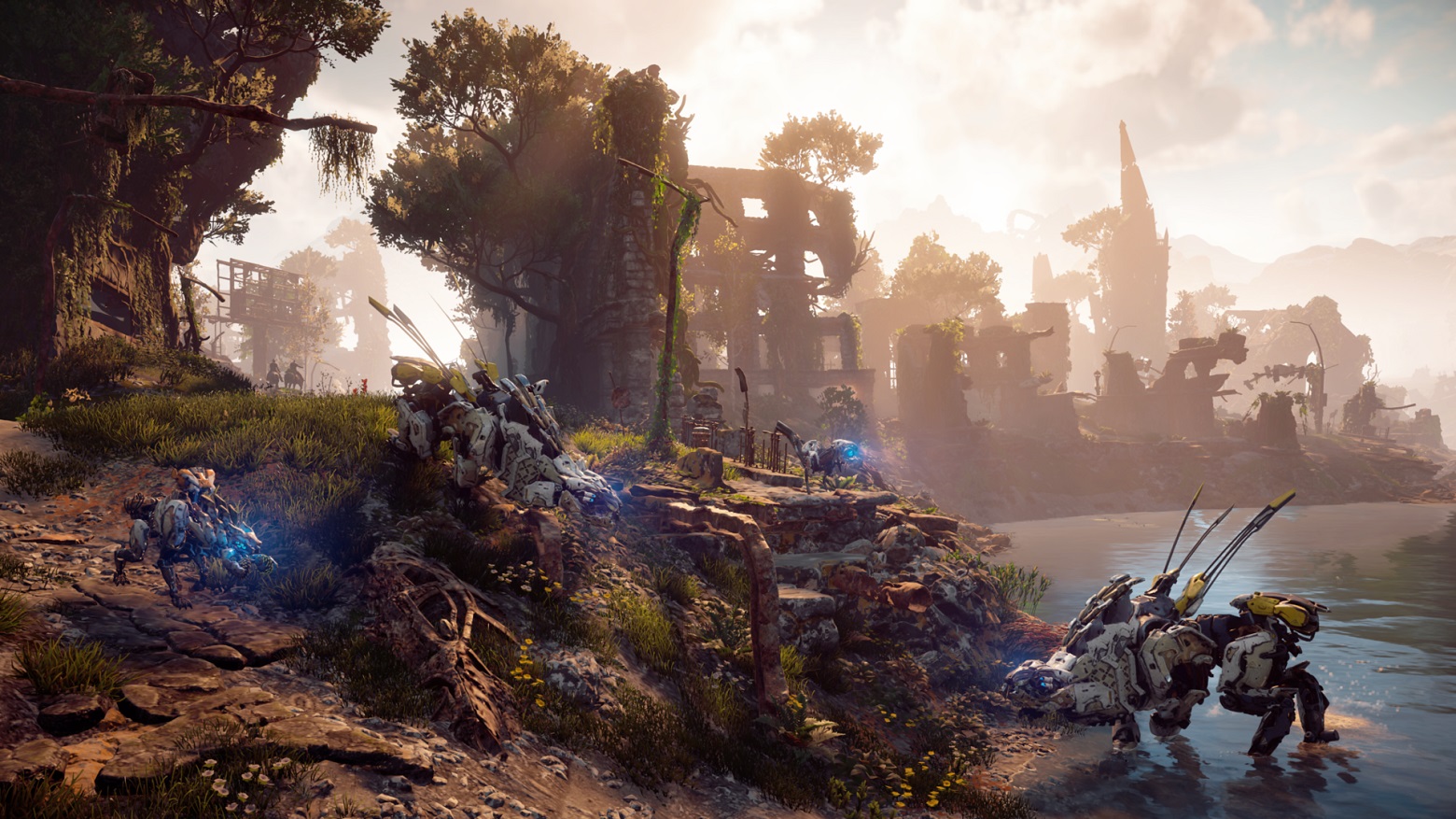 After gathering all of the parts I needed to craft fire arrows and trade for the new weapon, the demo jumped forward a few missions to get me to the meat of the game. I now had the ability to Override certain machines, giving me the option to turn them into mounts that I could call from anywhere at a moment’s notice.

I completed a few additional side quests and explored a bit more of the (massive) world before my time with the game was up, but my takeaway from a few hours with the game is that nothing feels out of place. From the intuitive crafting system to the three-pronged skill tree to the endlessly satisfying combat against creatures that are always bigger and stronger than Aloy, it’s a fantasy world that makes more sense than any grounded, realistic open world I’ve ever inhabited in a video game.

There’s still plenty I don’t know about the story, the gameplay and the progression after just a few short hours with the game, but I came away with far higher expectations that I had going in. It’s all the more impressive that this is the world Guerrilla Games built after spending a decade making linear first-person shooters.