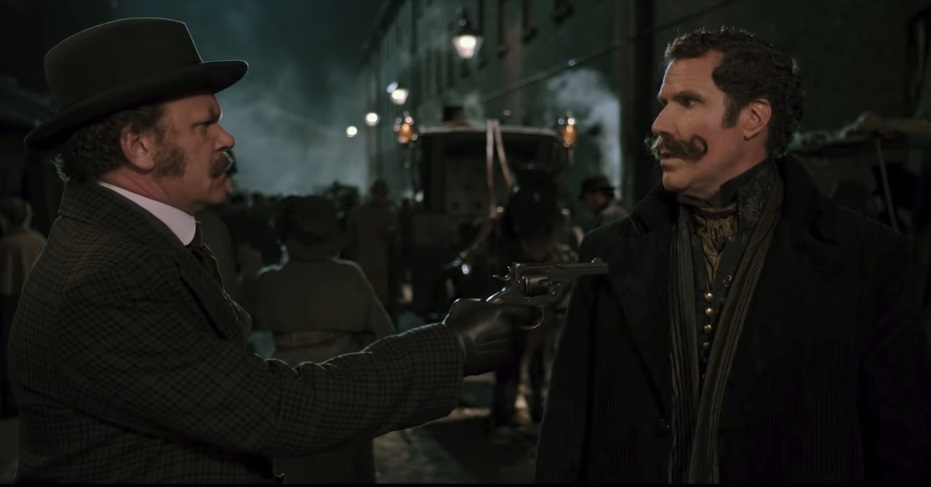 The film Holmes & Watson debuted recently to absolutely devastating reviews. Though the movie boasts a seemingly intriguing cast — with Will Ferrell and John C. Reilly finally joining forces again — the vast majority of reviews so far have been atrocious and unforgiving. The movie has already been categorized as an abject failure just three days after its release. All in all, it’s quite sad that Ferrell and Reilly, who delivered an endless amount of laughs in Talladega Nights: The Ballad of Ricky Bobby, were part of a movie that by all accounts is a dud for the ages.

On Rotten Tomatoes, for example, the movie has a laughably bad rating of 7%. One representative review from Rolling Stone critic David Fear notes that “it’s so painfully unfunny we’re not sure it can legally be called a comedy.” There have even been reports that the movie has prompted some audience goers to flat-out leave in the middle of the movie. All that aside, here’s how you know the film is truly bad: Netflix didn’t even want it.

That’s right, Netflix — a company downright obsessed with rolling out new content — balked at Homes & Watson despite its all-star cast. This interesting tidbit comes courtesy of film critic Alonso Duralde of The Wrap who yesterday tweeted that Netflix turned down the film after poor initial testing from viewers:

Netflix, which bought The Cloverfield Paradox from Paramount, reportedly turned down the opportunity to purchase the poorly-testing #HolmesAndWatson from Sony.

That’s a harsh reality given that Netflix has no problem spending millions upon millions for fresh content, some of which is appreciably horrible, with the failed comedy Disjointed being one such example that comes to mind.