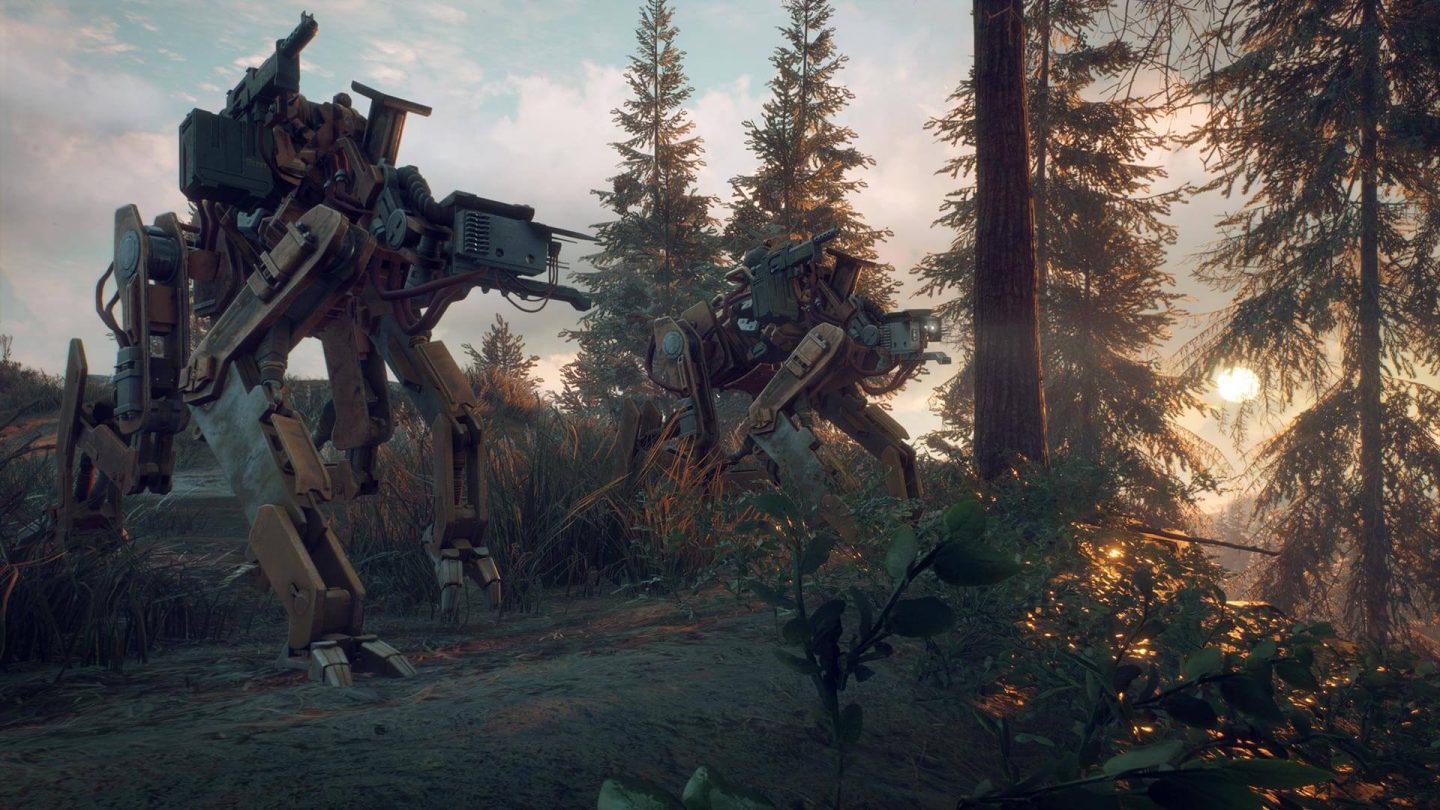 E3 2018 doesn’t officially begin until EA’s press conference this Saturday, but some game studios are getting a head start this week by pulling the curtains back a few days early. In fact, there were so many reveals, trailers, and release dates announced on Thursday, that we thought it would be a good idea to collect them all in one post.

We’ll add to this piece if necessary, but at the time of posting, these are the biggest news drops of the day. If you’re a fan of episodic murder simulators, massive (and deadly) open worlds, or virtual reality, start scrolling.

Avalanche Studios kicked the day off with a bang by unveiling its first self-published title: Generation Zero. Best known for the Just Cause series, Avalanche will once again toss players into an open world full of possibilities, with you and up to three friends exploring an alternate-reality 1980s Sweden where “hostile machines have invaded the serene countryside.” Generation Zero is coming to PS4, Xbox One and PC in 2019.

Speaking of hostile machines and open worlds, Stormland from Insomniac Games (Ratchet & Clank, the new Spider-Man) looks like it might be the most ambitious VR game to date. In Stormland, you play as an android gardener that takes care of the world, but his life (as it were) changes when The Tempest arrives. Coming to Oculus Rift next year, this open world action-adventure title might just push VR gaming to a whole new level.

The episodic reboot of Hitman was one of my five favorite games of 2016. As such, I’ve been eagerly anticipating a sequel ever since, and IO Interactive finally made Hitman 2 official on Thursday. Coming November 13th, Hitman 2 will once again follow Agent 47 as he hunts down his marks in six unique locales. In addition to the campaign, the game will also feature a new Sniper Assassin mode that you can actually play now if you preorder.

Overwatch will most likely never come to the Switch, but Paladins might be the next best thing. On Thursday, Hi-Rez Studios announced that its hero shooter will arrive on the Nintendo Switch in the form of a $29.99 Founder’s Pack on June 12th (the day the E3 show floor opens). Perhaps Fortnite will be right behind it?

I’m honestly still not sure what to think of Bend Studio’s upcoming zombie adventure game Days Gone, but the team on Thursday announced that the PS4 exclusive will release on February 22nd, 2019. You’re going to have to wait a while to get your hands on it, but at least Bend has plenty of time to make the game they want to make.