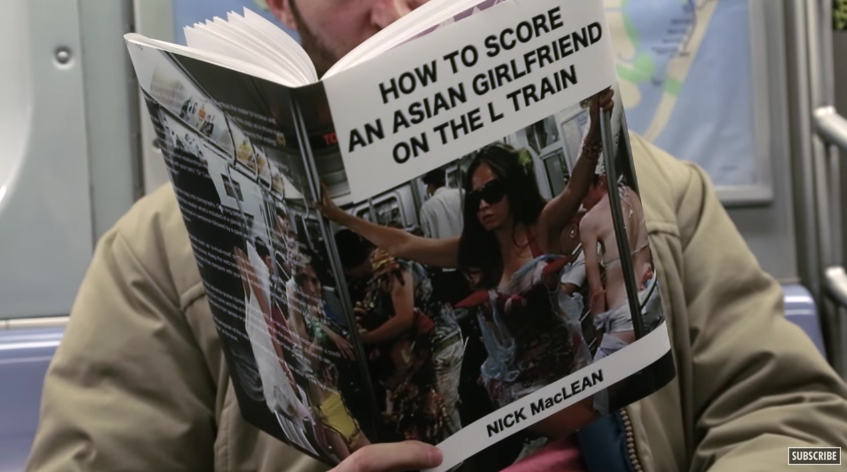 Have you recently seen a book during your morning commute that looked too outrageously offensive to be real? If so, you can thank comedian Scott Rogowsky, who recently invented some hilarious book titles, printed fake book covers that look like the real thing, and then pretended to read them while on the subway. In reality, he just wanted to see the looks on people’s faces when they saw what he was reading.

There’s a hilarious video showing these fake books, but you’ll have to keep pausing it to get a glimpse of what the comedian is reading. If you don’t want to do that, then check these fake book covers below.

How To Hold A Fart In

101 Penis-Lengthening Tips You Can Do At Home, The Office Or On The Go

How To Score An Asian Girlfriend On The L Train

Trump – The Art Of Fucking Your Daughter

1,000 Places To See Before You’re Executed By ISIS

Getting Away With Murder For Dummies