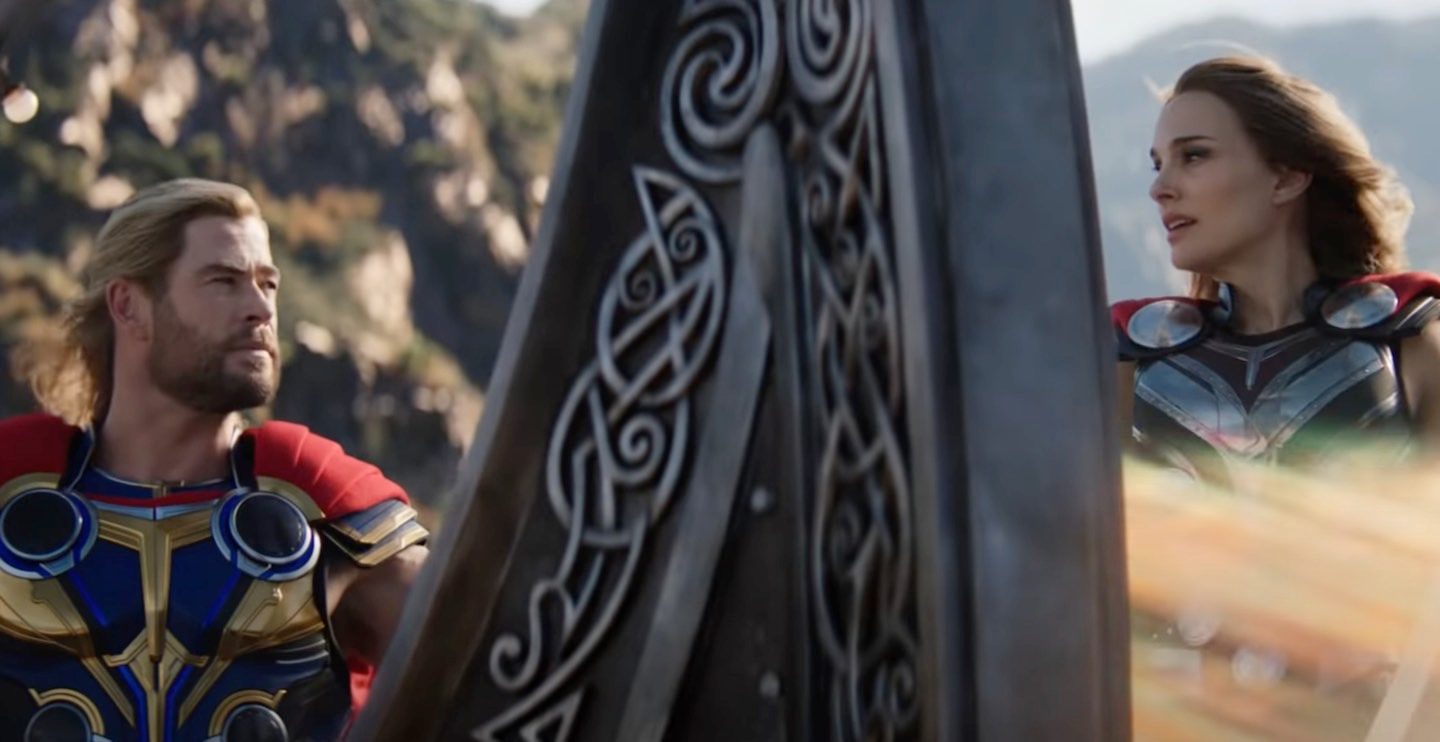 It’s a minor spoiler for the film that explains the silly reason space goats drive Thor (Chris Hemsworth) around in that boat. If you’re dying to know, you should know that some spoilers will follow. But they won’t ruin your Love and Thunder experience.

What are the names of Thor’s goats?

We’ve known Toothgnasher and Toothgrinder for a while now, as the Love and Thunder Lego sets revealed months ago that Thor will use this particular type of space travel.

Then the Love and Thunder trailers and TV spots arrived, confirming said chariot and the goats. In recent clips, Marvel showed us how Thor and the Guardians discover the goats, implying that the goats will get on the Milano ship, breaking things in the process.

While we only got a few glimpses at the goats, it’s safe to say that they’ll provide plenty of comedic relief, in addition to ferrying Thor and Co. through space. From other scenes, we know that Jane (Natalie Portman) will also be on that boat.

The reason why Love and Thunder has goats in it

Fans of the comics already know of Thor’s goats. Having them in the MCU is another excellent Easter egg that Marvel can deliver. After all, Love and Thunder is a space adventure where we’ll see plenty of traveling from one place to another. Thor can’t borrow ships from the Guardians again, so the space goats make plenty of sense.

That’s the simplest explanation that comes to mind until you see Chris Pratt’s interview on the red carpet. That’s where the Guardians and Love and Thunder explained how Taika Waititi came up with the goats.

“So like James has to pick up to where Taika left off, and he stuck us with some space goats,” Pratt concluded.

The Guardians of the Galaxy Vol. 3 spoilers

Like I said, the Love and Thunder goats revelation delivers some spoilers, but not for Thor 4. Pratt’s remarks tell us that the Guardians will be stuck with the goats. That means Thor will have to abandon them for some reason in the movie. It’ll be interesting to see how the Guardians deal with them.

Also, Pratt’s revelation implies that the action in the Guardians of the Galaxy Vol. 3 takes place after Thor 4 in the greater MCU timeline.

But all of that is already factored into Gunn’s script. Later in the interview, Pratt said they wrapped Guardians of the Galaxy Vol. 3, which means principal shooting is done. The movie will hit theaters on May 5th. But you can watch Pratt’s Love and Thunder interview about Thor’s space goats below.