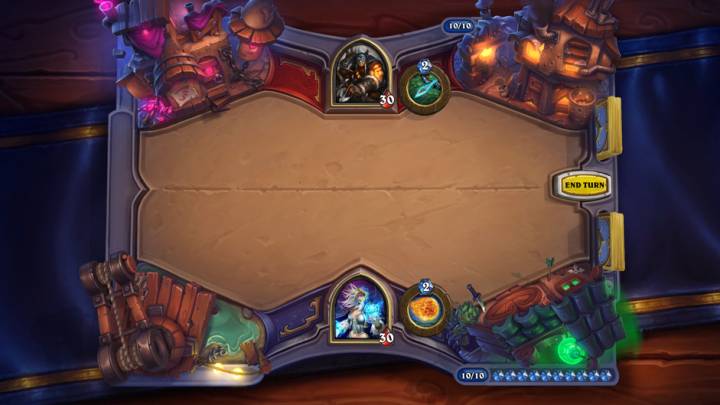 During the first day of Blizzard’s annual Blizzcon on Friday, the Hearthstone team unveiled the card game’s latest expansion, Mean Streets of Gadgetzan. The team had been hinting at a Gadgetzan expansion for weeks, but we finally got to see some of the new cards and mechanics being added to the game.

But aside from the colorful theme, the families also have an impact on gameplay. Mean Streets of Gadgetzan introduces multi-class cards to the game for the very first time. Grimy Goons cards can be used by Hunter, Paladin, Warrior; Jade Lotus cards are for Druid, Rogue and Shaman; and Kabal cards work with Mage, Priest and Warlock decks.

Only a few cards have been officially revealed on Blizzard’s website, but you can see all of the cards that have been shown off on stream over on Hearthpwn. At the time of posting, there are nearly 23 cards to browse through, including an insane legendary card called Kazakus that allows players to craft custom spells in the middle of a game. You can see him in action in this video:

Blizzard has yet to announce a release date for the Gadgetzan expansion, but you can pre-purchase 50 packs for $50 right now in the Hearthstone app.