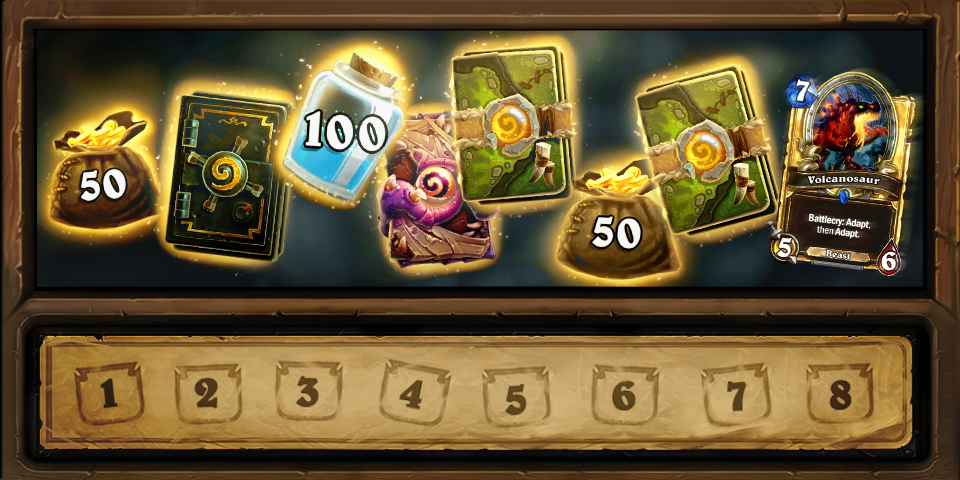 Late last month, Blizzard announced the next expansion for its popular digital trading card game Hearthstone. Called Journey to Un’Goro, the first expansion of 2017 focuses on dinosaurs and elemental creatures, adding a few new mechanics to the game and 135 additional cards for players to collect by buying packs.

The upcoming release of Un’Goro also marks the end of the Year of the Kraken and the beginning of the Year of the Mammoth. Every Hearthstone Year gives the development team an opportunity to rotate out old cards from the game’s Standard format in an attempt to refresh the meta and force players to build new decks.

In celebration of the “mammoth” year ahead, Blizzard is giving away free daily login rewards from March 29th to April 5th. Daily rewards have existed in Hearthstone for years, but this is the first time Blizzard will be giving away in-game items and currency just for turning the game on and logging into your account.

Here’s the complete list of login rewards for the Year of the Mammoth celebration:

That’s 21 free cards (5 per pack and the Golden card), 100 gold and 100 dust, just for logging in eight times. Blizzard can be stingy about rewards when it comes to Hearthstone, so it’s nice to see the team give back to the community for making Hearthstone the most popular digital card game on the market.

The Journey to Un’Goro expansion should begin to roll out on or around April 5th.