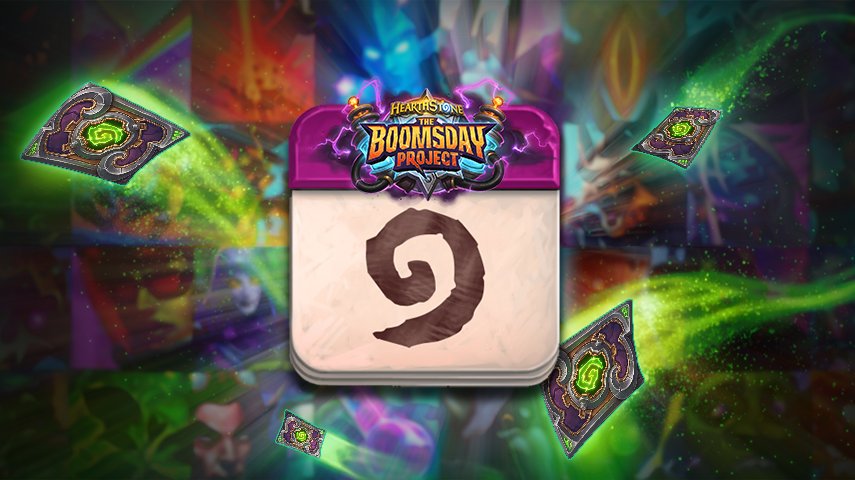 Earlier this week, Blizzard announced that its digital card game Hearthstone has hit a stunning milestone: There are now over 100 million Hearthstone players around the world. The announcement comes less than five years after the free-to-play game became publicly available on March 11th, 2014. In addition to reaching such a massive audience, Hearthstone has also become one of the more popular esports in recent years.

In celebration of the milestone, Blizzard is giving away six free The Boomsday Project card packs to every player that logs in between November 7th at 10:00 AM PST through November 11th. All you have to do is open the game by the end of the week and you should automatically be granted the free packs.

If you’ve already completed your Boomsday Project collection, Blizzard is also introducing a repeatable quest that will reward you 100 gold every time you finish it. In order to complete the “Celebrate the Players” quest, all you have to do is play a friendly challenge. You can finish the quest up to five times for 500 gold.

There are a few caveats worth noting if you’re a new player or a returning player who hasn’t opened Hearthstone in a while. Be sure to read this before you start trying to figure out why you can’t find the quest in your log:

You’ll need to complete the introductory quests “First Blood” and “The Duelist” to unlock daily quests, (or “Ready for Action” if you’re a returning player). Be sure to make room in your quest log before November 7 so you don’t lose a quest you intended to complete. Just like Play a Friend!, don’t concede too early, or you may not receive credit for completing the quest. Unlike Play a Friend!, Celebrate the Players only provides rewards to players who have this quest in their own quest log.

Finally, Blizzard has put together a celebratory video to mark the occasion and thank its 100 million fans: