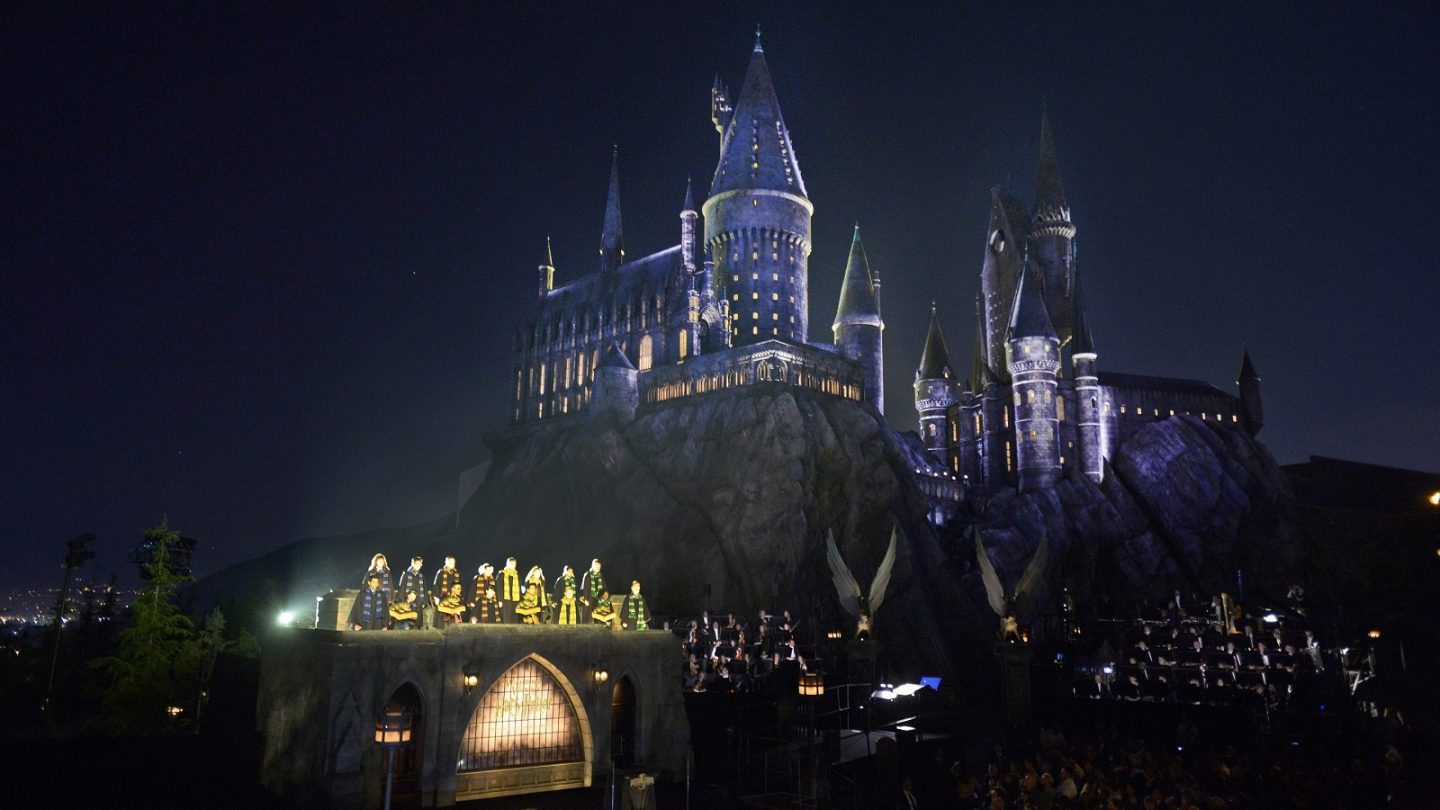 Harry Potter fans have waited a long time for a video game that captures the magic of the franchise, but the wait may be coming to an end. On Monday night, Reddit user VapeThisBro posted a video of what they claim is an “open-world action RPG” set in the world of Harry Potter. They were apparently part of a focus group that saw a short presentation behind closed doors about the game, but this user managed to sneak their phone in.

The Reddit user explained that he was approached while walking around a mall by someone who asked them if they would watch a demo for an upcoming game and respond to survey questions while they watched. There were signs that forbade phones and cameras, but no one actually checked or tried to stop VapeThisBro.

As you can see from the footage below, recorded on a phone camera, this appear to be a full-fledged, triple-A Harry Potter game, complete with iconic locations such as Hogwarts and Diagon Alley. There are spells and creatures and classes and wizard duels and everything you could possibly want from a Harry Potter RPG:

UPDATE: The video has since been blocked by Warner Bros., but there are still mirrors of the video floating around. If that link is taken down as well, you may have to do some sleuthing to find another.

The user also transcribed some marketing material (with more than a few spelling and grammar errors):

Set in the 19th Century (1800’s) Wizarding World, this 3rd person open-world action RPG game centers around your character with unique abilities who has eared a late acceptance to Hogwarts School of Witchcraft and Wizardry. You are a newly arrived 5th year student to Hogwarts that demonstrates a latent gift for magic with a unique ability to track and identify remnants of a pottant ancient power.

Upon arrival, strange events begin to materialize In the Forbidden Forrest and trouble begins o brew within the castle walls. Together with Professor Elezar Fig, you embark on a journey through both familiar and never before seen locations to bring to light the truth behind these mysterious occurrences.

On your quest you will craft potions, master new spells, and discover fantastical beasts. You will battle Dark Wizards, Goblins, and other supernatural enemies and uncover the truth about your destiny – the Fate of the Wizarding World lies in your hands.

FEATURES – Journey to Hogwarts to become one of 8 different Wizard types -Experience Hogwarts, make new friends, uncover new secrets, and change the fate of the Wizarding world. -Experience a new magic system that creates countless possibilities to master magic. -Freely explore the Wizarding World for the first time., Choose your house and friends at Hogwarts, and decide to pursue a path of good or evil. -Create your own witch or wizard, and experience a all new story separate from the books or films

We still don’t know who is making the game, when it is coming out, or even if it’s actually real. But we can make a few educated guesses. Avalanche Software, the studio behind Infinity which was bought by Warner Bros. in 2017, was rumored to be working on a Harry Potter title in 2017. As for the release date, the Reddit user says to expect an announcement this year and launch next year. And finally, as for the validity of the leak, if this is just an incredibly elaborate fake, the person responsible should probably just be given the rights to the franchise.