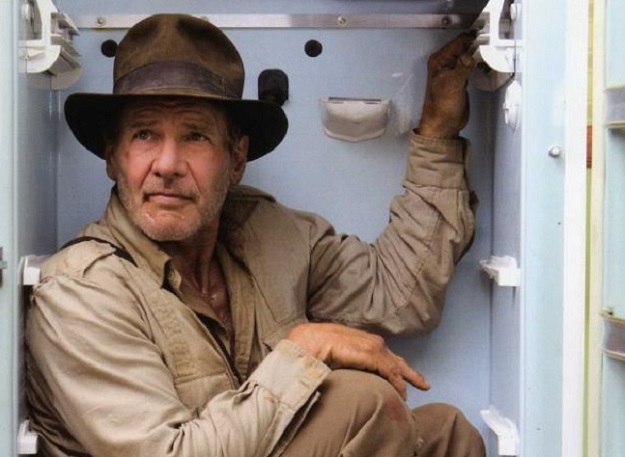 The folks over at the Photoshopbattles subreddit have been having a field day today coming up with all sorts of creative shots based on the above photo of Harrison Ford — in his full Indiana Jones get-up — sitting inside of a refrigerator.

DON’T MISS: Why Amazon’s Echo is better to talk to than Siri

The original photo was a behind the scenes shot taken during the filming of 2008’s forgettable Indiana Jones and the Kingdom of the Crystal Skull. And now, the collective minds of Reddit have taken the photo and recreated it as their own.

And now that you’ve got the backstory down, below is a sampling of some of the best Photoshop creations Redditors managed to come up with today.

First up, we have this great Star Wars themed GIF.

Next up, we have some Green Lantern inspired goodness.

Of course, the Star Wars fun isn’t over just yet.

This is a funny one of Ford being used as some sort of motivational tool.

The Indiana Jones/King Kong crossover no one ever wanted. But who knows, maybe this would have actually been better than 2005’s King Kong starring Jack Black.

As for this one? Well, we have no words.

This one is pretty great, a little meta action for a Wednesday.

Make sure to hit the source link below for the full rundown of inspired Harrison Ford/Indiana Jones Photoshop magic.