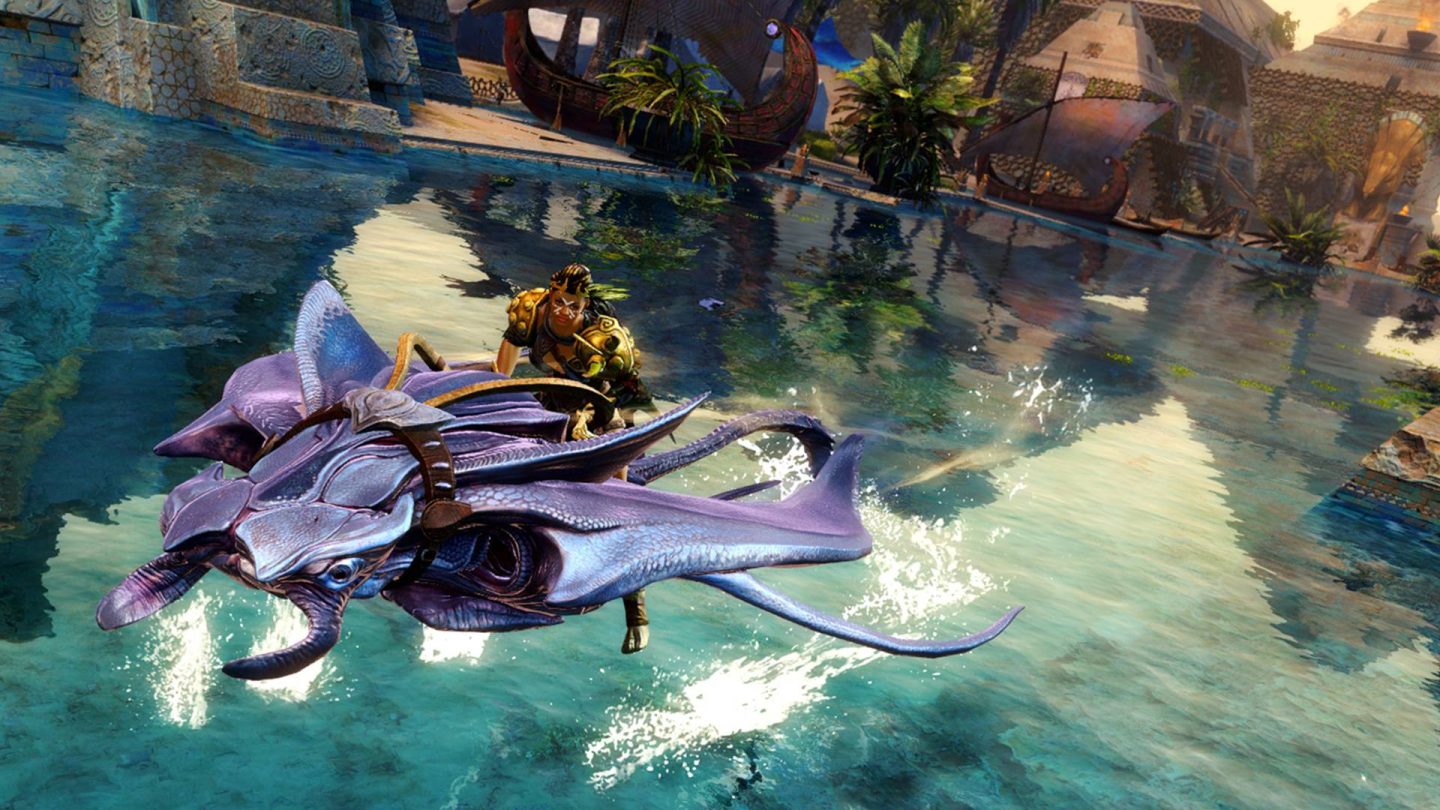 Nearly thirteen years ago, I set foot in the world of Tyria for the first time in a Guild Wars Beta Weekend Event. Guild Wars wasn’t my first massively-multiplayer online RPG, but it was the first that truly dug its claws into me, the way that World of Warcraft, Everquest and Final Fantasy XI did for so many others.

Needless to say, I was beyond hyped when ArenaNet announced in 2007 that it was scrapping plans for a fourth Guild Wars campaign and moving ahead with a full-fledged sequel. Five years later, Guild Wars 2 launched on PC, and I was there on day one. But within a few months, I was already over it.

Guild Wars 2 is a great game, but it doesn’t play anything like its predecessor. The instanced missions of Guild Wars have been taken out and replaced with personal story campaigns. Skills still play a vital role in combat, but the way you acquire them has been completely revamped. And combat itself has been rebuilt from the ground up as well, making battles more mobile and dynamic than before.

I did my best to adapt, but the only thing keeping me invested was the world, which is still one of my favorite fictional locales in gaming history. Once that investment faded, I moved on. Then, on Tuesday, August 1st, ArenaNet announced the second expansion for Guild Wars 2. Called Path of Fire, the latest expansion will allow players to journey back to the Crystal Desert of Elona for the first time since Guild Wars. Within minutes, I was emailing ArenaNet support to reset my forgotten password.

For those of you who didn’t play the original Guild Wars a decade ago, the Crystal Desert was one of the most dangerous and interesting regions of the base game, which later became known as the Prophecies campaign. In the Crystal Desert, players had to complete a series of trials in order to become Ascended and meet Glint the dragon, said to be the first creature to set foot on the world of Tyria.

Reaching the Crystal Desert marked a major turning point in a character’s journey in Guild Wars. I’m keeping my expectations low for the Guild Wars 2 version of this iconic region, but I have to know what it looks like after all these years. After all, Guild Wars 2 is set 250 years after the first game.

In addition to a massive new region, filled with the biggest zones ArenaNet has ever built, the expansion will also add mounts to the game, as well as new masteries, new elite specializations and new equipment to collect. Plus, season 4 of the Living World story will kick off shortly after the expansion launches.

It’s been well over a year since I last checked in on the world of Tyria, but with Path of Fire set to release on September 22nd, I’m going to jump back in and give Guild Wars 2 one more chance to win me over.