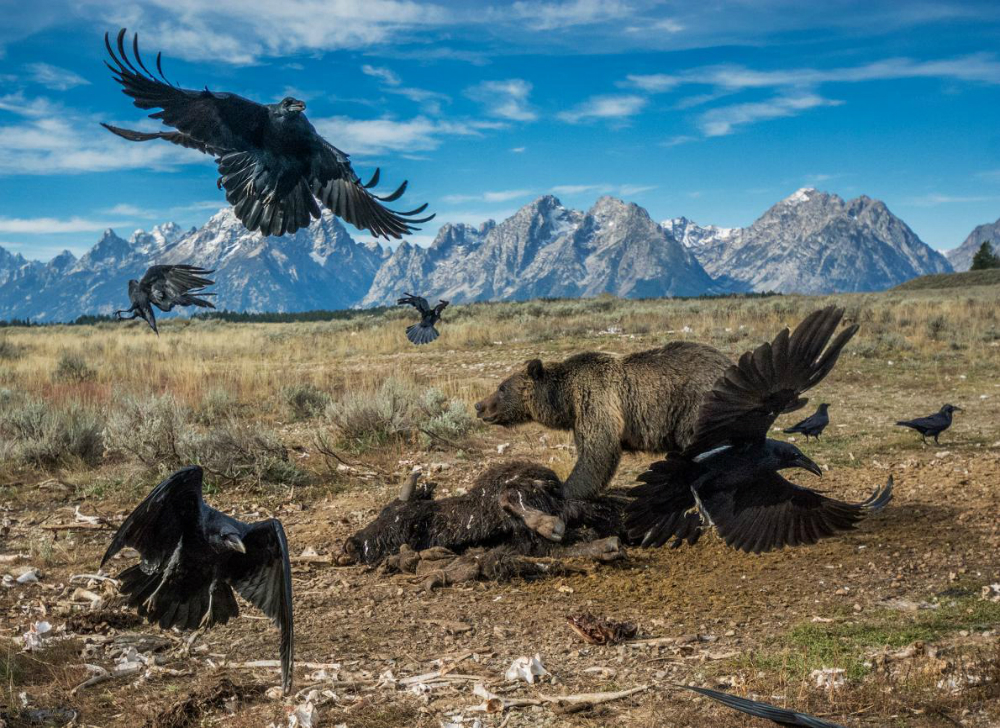 How many different shots are you willing to take until you capture that perfect photo? One professional photographer spent some five months shooting over 200,000 photographs to get the image he wanted. Sure, he used an automated camera setup for his scene, but this doesn’t make it any less impressive.

“It took more than 200,000 photographs—and a whole lot of luck—to capture an incredible scene from a carcass dump in Grand Teton National Park,” Charlie Hamilton James wrote in National Geographic.

The image, seen above, shows a male grizzly bear chasing away ravens off a bison carcass at a dump kept in a safe place away from tourists.

James used a motion-activated camera placed inside a camouflaging box. Once a week, he would venture into the area accompanied by armed park rangers to get the pictures.

“We had protocols for getting from the car to the camera without risking our lives or the lives of the bears,” James wrote. “The camera, a Nikon D7100 loaded with two 128GB cards, would almost always be full of images of ravens and vultures. I would skim through them on my laptop in my car before saving the good ones and deleting the bad ones. I’d then reset the cards, check the batteries, and leave.”

That’s how he got the image above, after almost five months of work. “It’s rare I like my images, but I really like this one —although I still get annoyed that the top raven is flying in front of the Grand Teton mountain,” James said.

The photographer’s work will be featured in the May 2016 issue of National Geographic magazine, which is devoted to the Yellowstone park.