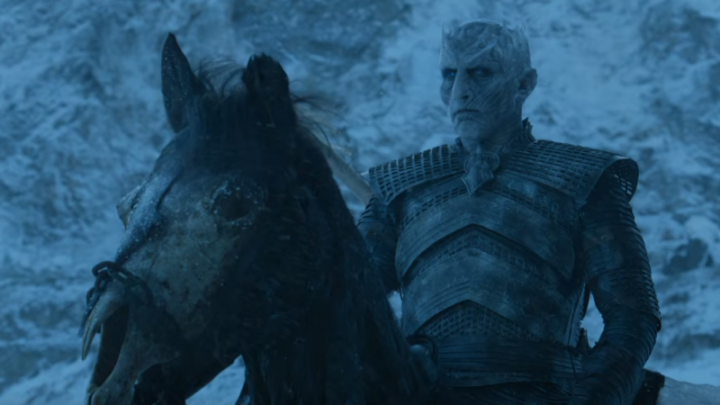 George R.R. Martin is nowhere near done writing his next Song of Ice and Fire novel, on which Game of Thrones has been based. In fact, he’s so far from being done that the current has little to no influence on the direction of HBO’s Game of Thrones show. However, Martin has released a new chapter of his book, and you can read it right now for free.

The writer published a sample chapter of “The Winds of Winter,” which is the title of the next Song of Ice and Fire book.

“You want to know what the Sand Snakes, Prince Doran, Areo Hotah, Ellaria Sand, Darkstar, and the rest will be up to in ‘The Winds of Winter’? Quite a lot, actually,” Martin teased in a blog post on Tuesday. “The sample will give you a taste. For the rest, you will need to wait.”

“And no, just to spike any bullshit rumors, changing the sample chapter does NOT mean I am done,” the author said. “Monkey is still on my back… but he’s growing, he is, and one day…”

Martin estimated in January that he was still months away from having a manuscript, and editors would need months more to turn it into a published book.

The new chapter is told from the perspective of a character that we have yet to see in Game of Thrones, Arianne, daughter and heir of Doran Martell. Previous samples released by Martin focused on sisters Arya and Sansa Stark.