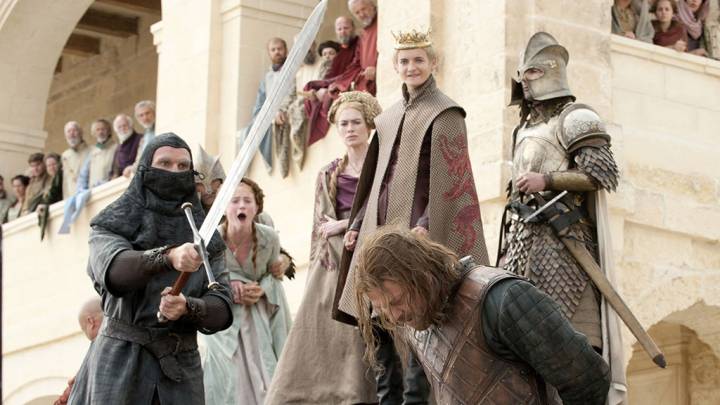 Just a few episodes into the first season of HBO’s Game of Thrones and viewers knew that they were watching something special. The show was an instant masterpiece, featuring a level of production and an attention to detail that made other top TV shows look like amateur hour. But by the end of the first season of HBO’s instant classic, fans came to another important realization: No one is safe.

Game of Thrones couldn’t even wait until the last episode of season 1 to kill off everyone’s favorite character, Ned Stark. In episode 9 titled “Baelor,” Stark falsely confesses to a conspiracy and pledges his allegiance to King Joffrey. To the horror of onlookers on screen and off, Joffrey has him executed anyway.

The public execution of Ned Stark set the tone for the rest of the show. It let viewers know that no matter how attached they grew to a character, and no matter how important that character appeared to be to the storyline, he or she could be killed off at any moment. And as any GoT fan can attest to, we’ve seen countless fan favorites die over the past few years.

Of course, the production team behind Game of Thrones isn’t entirely to blame — instead, we can all point a finger at George R.R. Martin, author of the Song of Ice and Fire series of novels on which Game of Thrones is based.

Why does he feel the need to kill all of our favorite characters? What inspires him to be so cruel? Fast Company did a quick interview with Martin to find out, and you can watch it in the video embedded below.