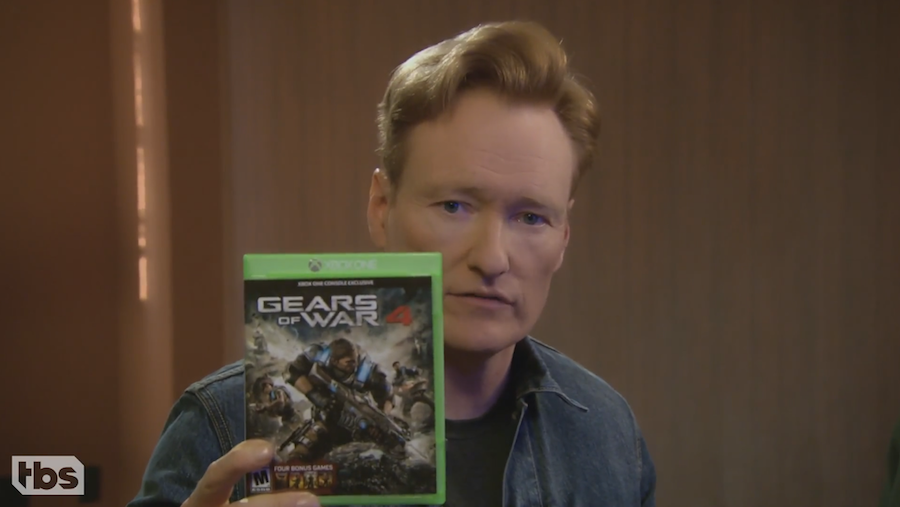 Another major console exclusive is arriving next week in the form of Gears of War 4, and you know what that means: Conan O’Brien is back with another installment of Clueless Gamer. This time, Conan has brought along Wiz Khalifa to help him battle against the Locust Horde, and things get a little smoky.

As always, Aaron Bleyaert attempts to explain the plot of the game, and as always, Conan gets bored immediately. So rather than sit around listening to Aaron, Conan and Wiz jump into the Gears of War 4 campaign.

Conan is pretty much useless as a co-op partner, but Wiz actually holds his own. To be fair, Conan also spends at least a portion of the segment eating an enormous bowl of potato salad, which makes taking on baddies especially difficult.

I know that half the fun of this feature is getting a new celebrity or entertainer to play a popular video game, but I’d honestly watch a weekly web show where Conan and Wiz Khalifa played video games for 30 minutes. If we’re going to have to live with Carpool Karaoke becoming a full series, can’t we have this too?

Come on, Apple. I’m begging you.

You can watch the entire Gears of War 4 Clueless Gamer segment below:

Conan Gears of War 4 Xbox One