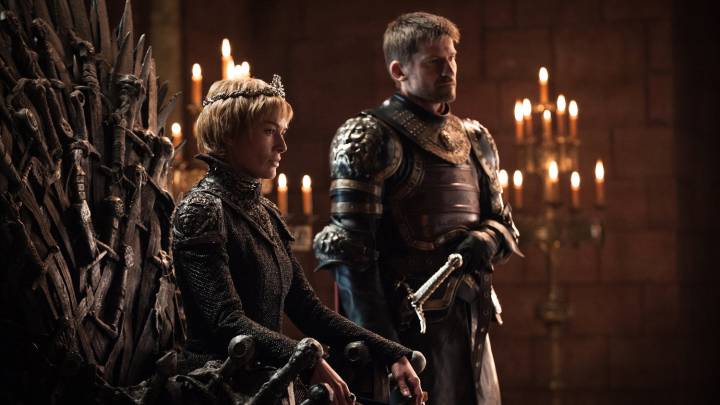 Game of Thrones creator George R.R. Martin apparently just can’t let go of Westeros and its myriad inhabitants. Not only is he hard at work on the next book in the A Song of Ice and Fire series, but we’re also getting the final season of HBO’s TV series early next year, followed by a Martin-helmed prequel at some point after that.

We already know that prequel will be set in the distant past relative to the timeline we’re familiar with, but Martin also has an idea for yet another related show. In a new interview, the epic fantasy author let slip he actually has an idea for another spin-off series he’d like to pursue (though he hasn’t exactly convinced HBO to back this one yet).

The focus of the interview with Martin The New York Times published Friday is his new Syfy show based on his 1984 work Nightflyers. However, the 70-year-old writer also lets slip his idea for a new Game of Thrones series inspired by the famous Tom Stoppard play Rosencrantz and Guildenstern Are Dead, which follows two minor characters from Shakespeare’s Hamlet.

“I wanted to do a show called Spear Carriers, which would actually be set during the events of Game of Thrones, but it wouldn’t be following Dany, Tyrion and Jaime,” Martin says. “They would all be there in the background like Hamlet, and it would be more like, ‘Here’s a story about a guy in the City Watch; here’s a story about a prostitute at one of Littlefinger’s brothels; here’s a story about a mummer who’s in town to do juggling and tricks.’ And they all get caught up in the events. I think that kind of show would be a lot of fun to do. Maybe I’ll be able to convince them to do it!”

The folks at Vice quickly chimed in with a subsequent piece noting that one of the best things about the fantasy series is its breathtaking depth, and they mention how one of arguably the best scenes in the show is the encounter between Arya, the Hound and a dying peasant in season three. Imagine spinning a whole episode up about that layman — or, say, about Ray the Septon before he met the Hound. The possibilities are endless, and fascinating.

As a reminder, the projects currently on Martin’s plate include the Syfy series Nightflyers, Game of Thrones prequels, a superhero series at Hulu, finishing the next book we’re all waiting on, and probably some other secret things. But sure, George, we would definitely love yet another series.