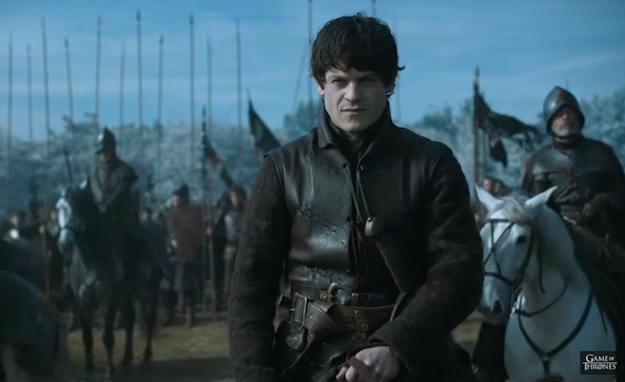 The season 5 finale of Game of Thrones left us with a whole host of questions, but thankfully we won’t have to wait too much longer for answers. Season 6 of Game of Thrones, arguably the most anticipated TV premiere of the year, is set to air on Sunday, April 24.

Over the weekend, HBO released a new trailer for the upcoming season. The clip begins with Tyrion Lannister ominously asking, “Are you afraid? You should be. You’re in the great game now. And the great game is terrifying.”

While the trailer does recycle some footage we’ve seen already, there’s definitely some new shots to enjoy as well.

You can check out HBO’s latest trailer below.

Incidentally, it’s worth noting that the upcoming season will feature plot points and characters from a new book that author George R.R. Martin is still working on. As Martin conceded a few months ago, progress on the book is a bit behind schedule, which is to say that the show will end up spoiling the book for the first time.

“For years my readers have been ahead of the viewers,” Martin said in a blog post this past January. “This year, for some things, the reverse will be true. How you want to handle that… hey, that’s up to you.”

Of course, HBO didn’t put together season six in the dark. Martin over the past few months has been in close communication with series creators David Benioff and D.B. Weiss to ensure that the upcoming season will closely follow what Martin has planned for his upcoming book, The Winds of Winter.