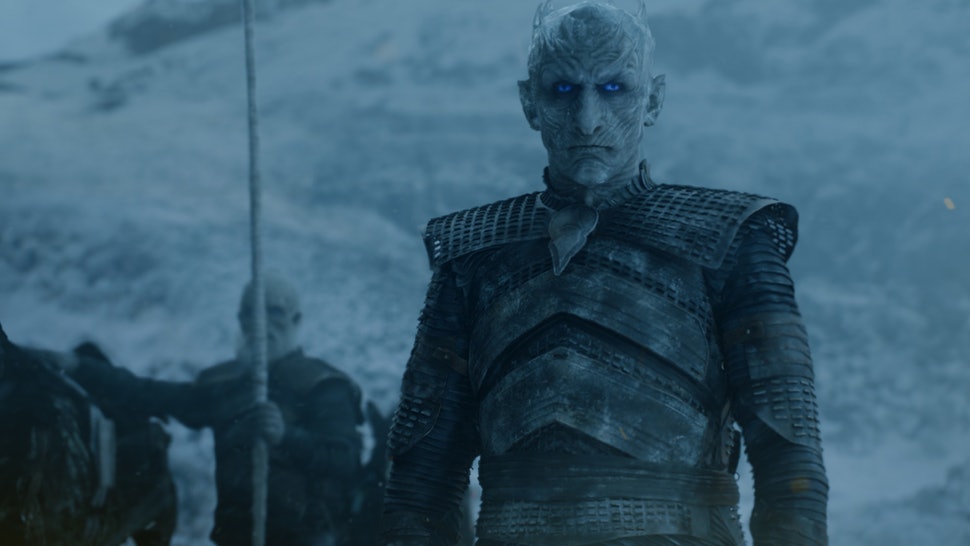 It’s been almost a week now since the airing of The Long Night, the sprawling, bloody, battle-centric third episode of Game of Thrones‘ eighth and final season, and yes, we’re still talking about, pondering and debating all the myriad ramifications of the milestone episode that shattered viewing records. But when you look past the character deaths, that insanely thrilling moment when Arya leaped out of nowhere and shanked the Night King, the drama of the battle between the living and the dead, all of it — probably the most significant concern now is, what’s next?

When you’ve stared death in the face at the end of the world and somehow made it out alive, what do you do for an encore? Well, depending on how you take the answers that GoT showrunners David Benioff and Dan Weiss gave during an appearance last night on Jimmy Kimmel Live, which you can watch in the clip above, there’s a chance we may all be jumping to conclusions. On several fronts.

For example, Arya stabbed the Night King, he shattered into a million pieces, and his death in turn caused his massive army of the dead to wither into dust as well. But, already, coverage of Benioff’s and Weiss’ answers to Kimmel during Thursday night’s episode of the late night show is already reflecting that — well, wait, maybe we’re not going to get off that easy.

There’s a great, in-depth conversation you can watch in the clip, but let’s jump right to three questions Kimmel put to the two men:

Benioff and Weiss gave a one-word answer to both of the first two questions: “Possibly.” It’s their answer to the third question that’s super-intriguing: “Yeah, we’re not going to answer that.”

That will surely stop some casual fans in their tracks. Because, well, it certainly seemed like what Arya did to the Night King represented basically the extinction of his minions, right? I mean, we saw what we saw.

One thing it helps to remember at this point is that the show’s version of the Night King has no counterpart in the George R.R. Martin books. Meaning, the showrunners can definitely play around with things a bit here and make up some of their own rules without tinkering with Martin’s core story.

The Hollywood Reporter in a piece today tries to reconcile some of what we know with that third answer above, arriving at a theory about how it may come to be that we haven’t seen the last of the White Walkers. Their piece seems to boil down to this — the walkers we saw disintegrate upon the Night King’s death were apparently the dead he’d brought back to life. But go all the way back to Season One, Episode 4, THR encourages (Here again is where it’s helpful to remember that what we’re talking about at the moment doesn’t exist within a Martin-created parameter).

In the episode titled “Oathkeeper,” we see the Night King handed the infant child of a late wildling. Alive. The Night King touches the child, and we see the child’s eyes turn blue. A living thing transformed into something else by the Night King’s touch, in other words, may not be the same thing as the Night King reanimating dead corpses.

So there you have it. Again, all of the above is educated guesswork and speculation, but it certainly seems like the showrunners could have easily confirmed that, yes, what Arya did indeed wiped out the White Walkers — if, in fact, that’s what happened. Hopefully, the depleted, tired survivors of the Battle of Winterfell won’t have to take on Cersei in addition to dealing with more undead as we move into the season’s final three episodes, but we’ll see.