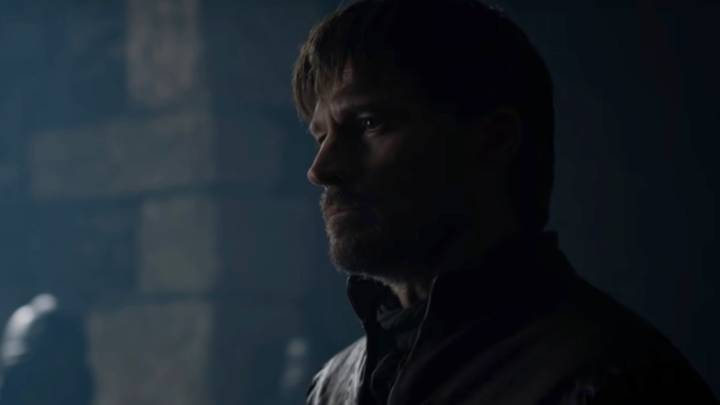 The eighth and final season of Game of Thrones premiered on Sunday night, or early Monday morning, depending on where you’ve streamed it, and all I can say is that we’ve been waiting for it for far too long. I’ve watched the whole thing with a wide grin across my face regardless of what was happening on the screen. And I know I’ll have to see it again just so that I pay attention to everything HBO just revealed. Because let me tell you without spoiling anything, the first episode perfectly sets up what’s to come in season 8. HBO has also released the first trailer for the second episode, and it already teases a couple of epic scenes that we’ve been dying to see all these years. Before we proceed, I’ll warn you that spoilers follow below, especially if you haven’t watched the premiere.

The trailer is less than a minute long but contains plenty of scenes, including teasers for two great moments.

The first one, of course, is Jaime Lannister having to face his darkest demons. I’m not even referring to the scene in the trailer, where Daenerys reminds us who the Kingslayer is in this universe, but at something that we’ve been waiting for eight seasons to see.

The first episode ended with Jaime facing Bran, the Stark boy he threw off the window in the first season to protect his incestuous relationship with Cersei. Years later, these two were bound to meet, and I can’t wait to see how that goes, especially considering who Bran has become since then.

More importantly, the trailer teases the kind of fight we’ve wanted to see ever since it became clear that Winterfell would be the first stop of the White Walkers once they breach the wall. The North’s capital is too close to the Wall to avoid the attack. We know they’re getting ready, we know they have a considerable army and two full-grown dragons, but the humans will have to face a threat very few people had to deal so far.

We already know that Game of Thrones season 8 will deliver the biggest battles ever shot on film, that’s something HBO already confirmed. It’s unclear how soon in the season this battle will take place, but episode two will at least show us a few glimpses at the upcoming Winterfell siege, if not a full-fledged battle. Given what has already happened in the first episode, and that Tormund is already warning Jon Snow that the undead army is closing in, we might get some action in Game of Thrones real soon.

The synopsis for episode two teases the battle, as well as Jaime’s upcoming confrontation with the past:

The battle at Winterfell is approaching. Jaime is confronted with the consequences of the past. A tense interaction between Sansa and Daenerys follows.

The next episode airs on Sunday, April 21st, on HBO or its partners.