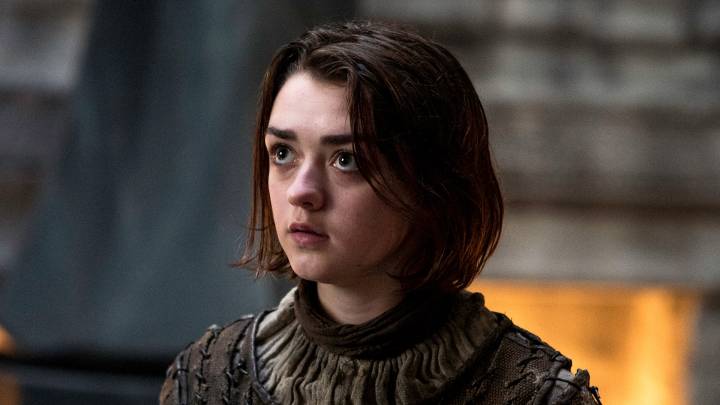 A girl is one character in particular to watch once the next season of Game of Thrones finally arrives — and boy we’ve got a whole lot of waiting to do until we get to see her again. But Maisie Williams has wrapped her Game of Thrones adventure with a farewell message posted on Instagram. She may not tell us what Arya Stark’s fate is in season 8 of the smash hit HBO series, but she said her goodbyes in the best possible way.

“Goodbye Belfast,” Williams wrote. “Goodbye, Arya. Goodbye Game of Thrones. What a joy I’ve had. Here’s to the adventures to come.” Among the hashtags she used was a #lastwomanstanding — don’t worry, that’s almost certainly not a spoiler of any kind.

Because this is Instagram, it’s not the message or the hashtags that count as much as the image that goes with it. As you can see below, Williams took a picture of her feet in bloody shoes. It’s not real blood, of course, it’s movie blood.

But it’s bloody perfect, pardon the pun. Arya’s journey from the youngest Stark girl in the first episodes to the ferocious assassin ready to murder Little Finger and anyone standing in her way, involves plenty of spilled blood. Whether she witnessed it as a bystander, or whether she was the one to inflict the pain, blood has followed Arya for a better part of the past seven seasons.

Williams’ post confirms that she’s done filming for Game of Thrones and that she’s done playing Arya Stark, a role that put the actress on the map. Season 8 doesn’t premiere until 2019. So yes, we’re in for a long wait.