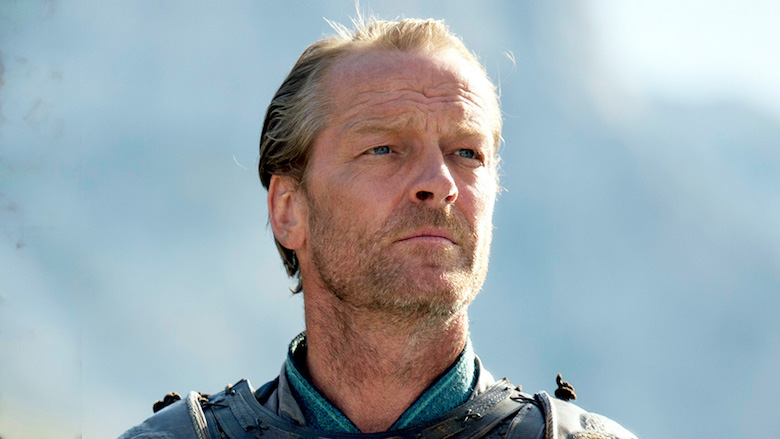 Last summer, amid swirling rumors about how much Game of Thrones remained, HBO revealed that the show’s seventh season would consist of just seven episodes, as opposed to the standard ten. This news, along with the announcement that the new season would begin airing later than usual, left many fans feeling deflated, but a new interview with Iain Glen (Ser Jorah Mormont) should help to boost morale.

Speaking with the UK’s Radio Times shortly before the new year, Glen revealed that the production team is spending just as much time putting together the seventh season as it would any other, despite having fewer episodes to shoot:

“They are taking the length of time it takes to shoot ten episodes to shoot just seven this year and six next year. There are fifteen more hours left in Thrones as we understand it, but that may change, but that’s as far as we know. I think the scale and size of the set pieces, the world that is being created it’s just getting more and more extraordinary and they feel they need that time to shoot seven hours as opposed to ten.”

While it’s encouraging to hear that the studio is planning to pack even more action and drama into these final episodes than we’ve seen in previous seasons, Glen might have given away a very important piece of information in that quote. If there are still fifteen hours remaining in Game of Thrones with only thirteen episodes left to air, we’re bound to see at least two extended episodes within the next two seasons.

If we can all agree that the final episode of Game of Thrones won’t be three hours long, it stands to reason that the season 7 finale and the season 8 finale might be double-length episodes. It’s also possible that all six episodes of season 8 will be slightly longer than normal, in order to reach a satisfying conclusion.

Whatever the case, we’re now even more anxious for Game of Thrones to return this summer.