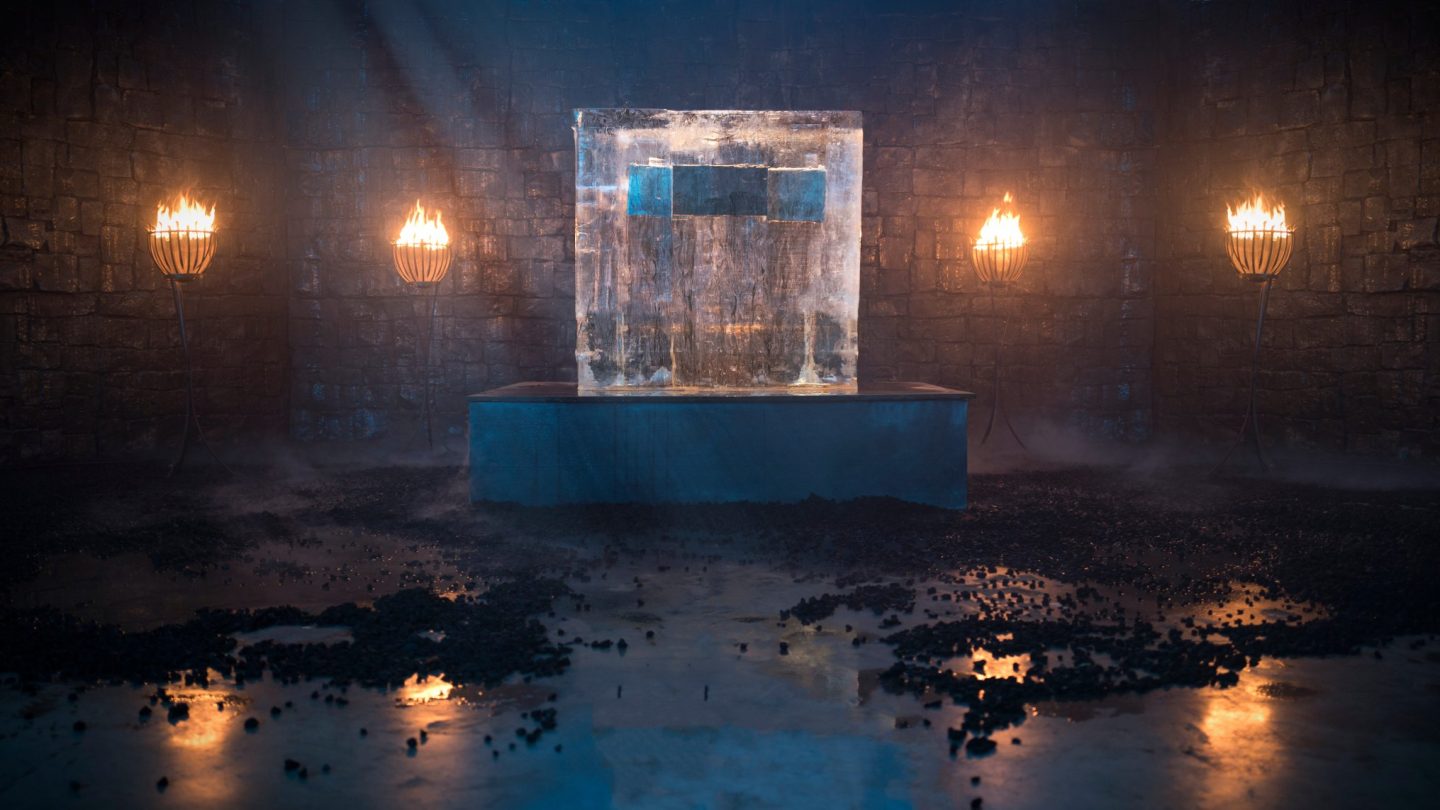 On Wednesday evening, Entertainment Weekly shared the first poster for Game of Thrones season 7. At first, it didn’t seem like much, but it turns out that it was a clue for an interactive that kicked off just minutes ago on the official Game of Thrones Facebook page. Right now, Facebook users are typing “FIRE” in the comments section of the live video you see below to uncover the premiere date of the new season.

In the video below, we see a giant block of ice with a black slab inside being blasted with a flame every few moments. That flame is triggered when enough Facebook users type the word “FIRE” in the comment. Once the block of ice has melted, we’ll finally know when Game of Thrones will return to HBO:

Unfortunately, the video ended abruptly after 10 minutes, but we’ll be sure to update this post when it’s live again. Here’s the latest from the official Game of Thrones Twitter:

We will be back and ready for more fire soon. #GoTS7

UPDATE 1: The video is live once again. Head to the Facebook page if you want to participate.

UPDATE 2: More technical troubles and the video has disappeared again.

UPDATE 3: Video is back, hopefully for good this time?