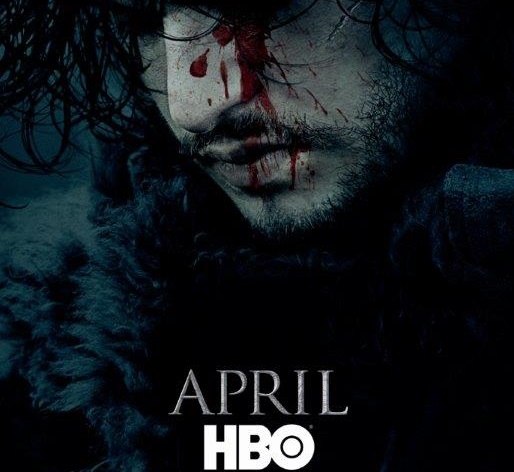 Think Jon Snow is really dead? You know nothing, as a certain Game of Thrones character would say. Snow, the beloved hero of George R.R. Martin’s story who was seemingly murdered by his fellow members of the Night’s Watch at the end of last season, is the star of a new teaser image that HBO has posted to promote the upcoming sixth season of Game of Thrones.

DON’T MISS: ‘The Walking Dead’ episode 7: A heart-pounding answer to ‘the Glenn question’

As you can see, HBO has announced that the new season will start in April 2016, which isn’t too much of a surprise. What is surprising is that Snow is front-and-center and appears to be alive, although it’s hard to really tell.

But let’s be honest: Why would HBO use Snow as its lead image for the sixth season if he wasn’t a major part of it? After all, the image we see of Snow in this teaser looks nothing like the last image we saw of him at the end of season 5. Here’s the GIF for those of you who don’t remember:

Personally, I’ve never believed that Snow was really dead. There are simply too many hints both in the books and from author Martin himself that suggest that Snow will indeed by alive next season in some form. Here are the two main ways I think Snow could survive multiple stab wounds based on precedent set in the text:

At any rate, it looks like I’ll be getting the definitive answer about Jon Snow’s survival come April.