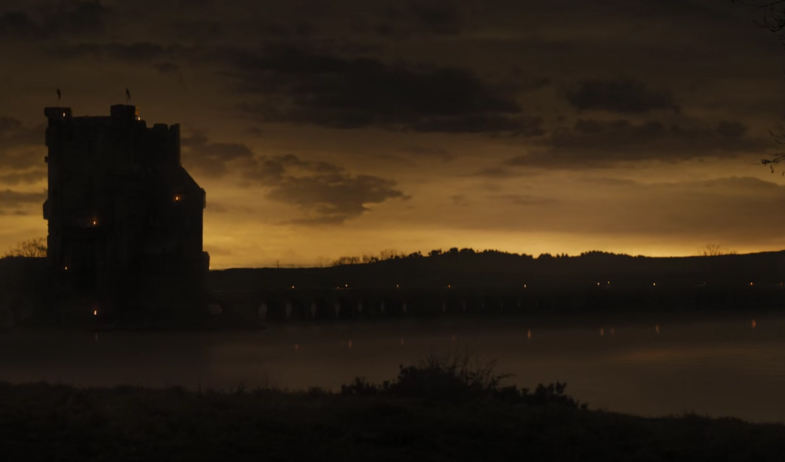 Wow, simply wow! If you haven’t seen the grand finale of Game of Thrones’ season 6, drop whatever you’re doing and watch it. It’s one of the best episodes of the entire show, and probably the best in the season, although episode 9 will give it a run for its money. I’ll spoil this for you right here, right now: Winter is no longer “coming.” Because you knew that already. Winter is here!

Sadly, Game of Thrones fans are back to waiting. We have to speculate for almost a year until we meet our heroes again. But episode 10 in season 6 was simply amazing. From start to finish, it was filled with revelations, conflict resolutions, teasers, and music.

The episode begins with a brief reminder of what happened in previous episodes, and there’s a fantastic score in the background before the opening credits even start playing. Then, the show transitions to the trial we’ve been expecting. Cersei and Margaery’s brother Loras Tyrell have to answer in front of the High Sparrow and his peers. But it’s just Tyrell who shows up. And he’s ready to repent for his sins and convert to religion.

Cersei, meanwhile, is getting ready for something, but it’s not the trial. She instructs The Mountain to prevent King Tommen from reaching the event as well. As you may have guessed it immediately, she’s got something planned. She found out about the wildfire, and she’s ready to use it.

What ensues is a Red-Wedding-like massacre of epic proportions. Every single soul gathered to attend the trials is killed. The only person who suspects Cersei is up to something is Margaery. She wants everyone to leave the, but the High Sparrow is too sure of his impending win that he forces everyone to stay in the grand hall. That’s when a makeshift wildfire time bomb explodes — all you need is a couple of candles and a Lannister to witness the whole thing up close and personal.

Cersei and Tommen, who’s blocked from exiting his room by The Mountain, watch it all from the distance. But not everything goes according to Cersei’s plan. Tommen removes his crown and jumps from the window, thus marking the death of another king — and Cersei and Jaime’s last living child.

Oh yes, and in the same plot, Grand Maester Pycelle is killed by a slew of children, all acting for Qyburn. Septa Unella is captured by Cersei as well, and she’s probably in for plenty of suffering at the hand of Cersei, and Sir Gregor. Cersei will not let this one die just yet.

Jaime arrives in King’s Landing only to see the ashes settle over the city, and realizes something has gone terribly wrong. He makes it just in time for Cersei’s crowning event. She is the Queen of Westeros, and I personally can’t wait to see how the Cersei-Jaime relationship evolves from this point forward.

Jaime came back from the Riverrun siege, which he practically won for the Freys. In a scene reminding us of the Red Wedding, Jaime mops the floor with Lord Frey, reminding him that it’s the Lannisters who keep saving his family and that Jaime and him are nothing alike. This sends a shiver down the spine of old Lord Frey, but Jaime and his army leave without harming the Freys in any way.

Little does Lord Frey know that Arya Stark is out and about. Using the face of a servant, she kills the Frey brothers and then serves them in a pie to their father for dinner. Upon revealing the contents of the pie, Arya shows her identity and kills Lord Frey just as he killed her mother and brother.

In Winterfell, meanwhile, Jon and Sansa seem to agree that they need to trust each other to face the many enemies ahead. This is where we find out officially that winter is here — though the zombies are yet to attack.

Sansa proves once again that she has grown into a mature woman when she refuses Littlefinger’s advances, putting a stop, for the time being, to his dream of ruling Westeros with Sansa at his side.

Jon Snow might not be the rightful heir of Winterfell — at least considering what everyone knows about him — but the north pledges allegiance to him, seeing Jon Snow as the new king of the north. It’s all thanks to the young Lady Mormont, though, that calls it like it is, pointing out that she will recognize Jon Snow as Ling, and that Lords Manderly and Lord Glover, and everyone else in the north should acknowledge him too, regardless of his bastard status.

Elsewhere, Bran learns from uncle Benjen that the magic around the Wall is what keeps the undead from attacking. That also means Benjen can’t join him any further, himself being undead.

But Bran finally tells us there’s more to Jon Snow than meets the eye. In a new vision, he witnesses the death of Ned Stark’s sister following childbirth. On her dying bed, Lyanna begs Ned to take the child and hide his true identity from King Robert. The name Jon Snow doesn’t appear, but the face of the newborn baby fades into the face of Jon Snow. This is a strong indication that Jon Snow is indeed the rightful ruler of Westeros, being the son of Lyanna and Rhaegar Targaryen — however, Bran has not heard these details in his vision.

Before being elected King of the North, Jon Snow learns about Melisandre’s burning of the Princess Shireen. He doesn’t execute her for murder, as Ser Davos want, but he banishes her from the North. Ser Davos is the most upset about the entire thing and promises to kill the priestess the moment she should return.

Elsewhere, we see Sam make a brief appearance, as he arrives at the Citadel. The cool part about it, and there’s no doubt about it, is the massive library whose books he’s going to start reading soon.

Finally, there’s Dany in Essos, getting ready for a conquering trip to Essos. We learn that the Mother of Dragons has found new allies in Dorne, with the help of Varys and Tyrion. Oleana is also in for revenge, which means the games of thrones are far from over.

Tyrion becomes the official Hand of the Queen, a title he should be more than familiar with. Meanwhile, the massive army of the Mother of Dragons, complete with said dragons, embarks towards Westeros. Dany is finally getting closer to the land she desperately craves, and I can’t wait to see what comes up next.

Daario is left behind, and we wouldn’t care that much about him. But what’s troubling is that Dany does admit that she’s not feeling anything about breaking up with her lover. Should we be worried?

With all that in mind, episode 10 was amazing, bringing closure to some conflicts, and setting in motion many other plots for the upcoming seasons. We have no time to mourn the losses — though I do think that Margaery would have had a few cards to play in the battle for the throne — as winter is here.

Who else is excited for Game of Thrones season 7?