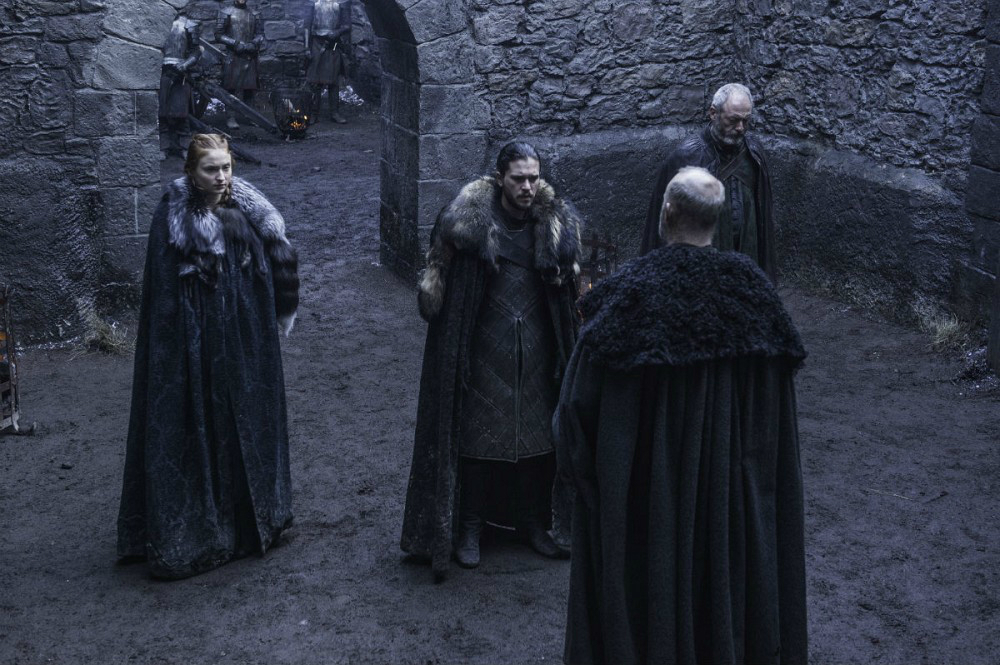 We’re at that point in the current Game of Thrones season where we’re experiencing both huge anticipation and sadness at the same time. With episode 7 done for, it means the action will significantly pick up in the three parts left in the season. But it also means we’re going to get back to waiting for months for season 7 to come along.

That said, we’re not quite there yet, and episode 7 is only revealing more of the machinations that go behind winning a throne — any throne, not just the one in King’s Landing. We might be looking for exciting, fast-paced episodes filled with interesting revelations and epic battles. But intrigue is probably the single most important thing happening in The Seven Kingdoms. It truly is a game of thrones. And episode 7 is full of intrigue – major spoilers follow ahead, so avoid them at all costs if you haven’t seen the latest episode.

We thought The Hound would die, and we thought he deserved to die. But while we hated the character, we also slowly fell in love with his potential. Just like Arya did. Luckily for all of us, an unexpected character saves The Hound and shows him there’s life after evil. Unfortunately, it’s a septon who does it, and he’s quite the reasonable kind – you know, not like the ones in King’s Landing.

Played by Ian McShane, the septon makes The Hound understand that he can be a good person. That the gods may have a bigger plan for him, and that’s why he managed to cheat death for so long. But The Hound will be The Hound the moment the septon’s small community is cut down by brigands. So we expect him to come back swinging that axe and kill the ones responsible.

Speaking of intrigue, we can’t but admire Sansa Stark – yet again – trying to ensure that her half-brother has an army. She speaks her mind when dealing with the northern families the Starks are visiting, and when she’s not successful, she seems ready to send for help. It’s very likely her raven will reach Littlefinger in no time, and it’s even more likely that he’ll come aiding Jon Snow in his fight against the Boltons.

Young Lady Mormont is a great character. It’s what I imagine Arya would have been like in Sansa’s place years ago. She’s tough and very familiar with what’s expected of her. Even if she has just 62 warriors at her disposal to give Sansa and Jon.

Jon is equally convincing when it comes to rallying the wildlings, which will make the bulk of the force against the Boltons. And the wildlings, while skeptical about falling in, have not forgotten what Jon Snow has done for them.

Ser Davos needs to be appreciated as well. He’s voicing the one concern the Starks have. Winter is coming, and fighting the Night King is the real war.

But Margaery is queen at playing mind games – or at least she’s tied for that spot with the High Sparrow. The queen has realized that she has to fake her faith to avoid a shameful act. And she skillfully manages to tell her grandmother that it’s all just an act. During a rather spirited exchange, she slips her grandmother a drawing of a rose, enough to convince her Margaery’s mind isn’t lost.

The High Sparrow, meanwhile is plotting both to get Margaery pregnant, and wants her grandmother either out from King’s Landing, or killed. It’s that rose drawing that convinces Olenna to leave the city. What’s also fascinating is that Olenna isn’t willing to share this new information with Cersei. She goes as far as to tell Cersei that she wants to see the former Queen suffer. After all, Cersei is to blame for this religious conflict.

Cersei is seemingly left alone in the city, with only The Mountain ready to defend her. Jaime and his army, including Bronn, have reached the Riverrun siege, where the Lannister is ready to take over a military campaign that’s poorly run by the Freys.

Before going to war against the besieged Blackfish, Jaime tries to reason with him, but the Lord isn’t buying it. And I have to say Blackfish looks like the type of Game of Thrones guy who means what he says. He’s ready to endure a two-year siege, and he won’t flinch if Edmure is killed. Also, he’s “disappointed” with Jaime’s entire persona.

What’s puzzling about this episode is Arya’s whole act. After all this time trying to become no one, she seems to forget how the assassins organization works. Rather than avoiding everyone she meets on the street, she’s fooled into helping an old woman who’s none other than the Waif. She stabs her in the stomach a few times, which is when Arya’s survival instinct and training kicks in. She dives into the water, escapes the Waif, but ends up walking in the streets with blood pouring out of her gut – and nobody in Braavos will help you.

Finally, the Greyjoy are ashore before a long trip to Meereen, where Yara wants to pledge her allegiance to Daenerys before Euron can. That’s where we find out that Yara likes women more than men, but that she also loves her brother. However, she won’t have him moping around, and her tough-kind-of-love seems to work. Theon might not be whole in body, but his mind might finally heal.

All in all, episode 7 is a great episode. Just like last week’s episode, No One further detail the plots and subplots that make Game of Thrones interesting to watch, building up towards what might be a great season finale.