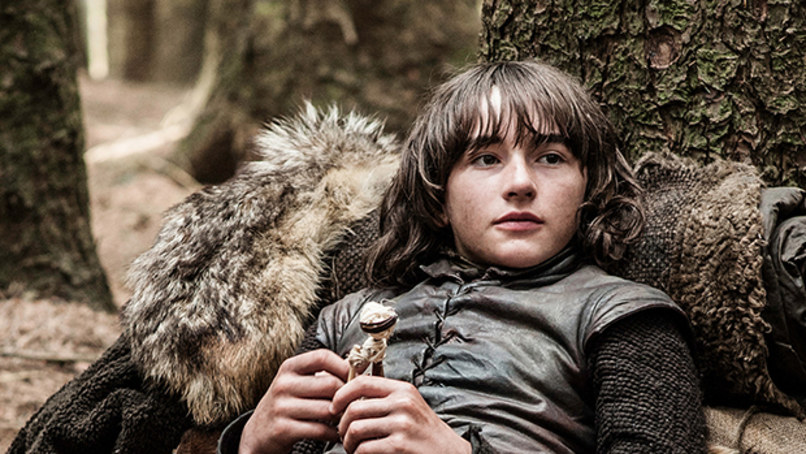 After ending on somewhat of a cliffhanger earlier this year, the wait for the next season of Game of Thrones has been especially difficult for fans of the HBO show. The fate of Jon Snow is the one thing that has kept viewers on the edge of their seats since the finale aired in June, but there’s another character who longtime fans are just as curious about.

SEE ALSO: ‘Game of Thrones’ is once again the most pirated show of the year

The last time we saw Bran Stark, he had finally reached the cave of the mysterious Three-Eyed Raven at the end of season 4. He wanted to find a way to harness his psychic abilities, and he thought the Raven could help him.

Of course, because of how young the actor was when we last saw him, you might find him to be nearly unrecognizable in some of the first images of season 6 from Entertainment Weekly.

Here’s actor Isaac Hempstead-Wright on the set of Game of Thrones:

It’s not often that a main character of a TV show sits an entire season out, so it will be interesting to see how the creators plan to reintroduce one of the last living Starks once season 6 kicks off on April 24th, 2016.

Until then, we’ll have to settle for watching teaser videos and waiting for more photos from the set.