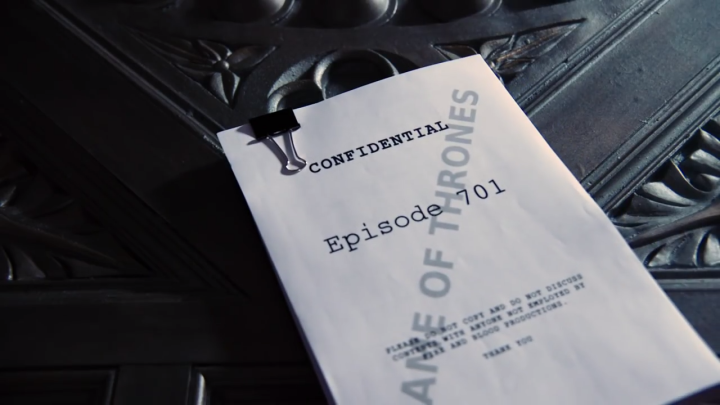 Living in New York, it’s not very often that I pine for the cold embrace of winter. But after learning that Game of Thrones would be starting later than usual next year, I can’t help but shake my fist at the sun every time I leave my apartment.

We’re going to have to wait almost a full year before we get to return to Westeros for the start of Game of Thrones season 7, but at least in the interim HBO is doing its best to keep us entertained.

DON’T MISS: All the biggest Pokemon Go announcements from Comic-Con this weekend

Over the weekend, HBO shared a short blooper reel from season 6 to make the wait for season 7 a little more bearable. It’s always bizarre to see characters from such a serious, brutal show giggling about mispronouncing words or tripping over stairs, but that doesn’t make it any less hysterical:

In addition to the blooper reel, HBO also released a ridiculously early teaser trailer for season 7. There’s no actual footage of the new season here, as production just started, but you can get a glimpse at all of the hard work that goes into building the sets for this massively ambitious show:

As for what season 7 has in store, no one knows for sure. Showrunners Benioff and Weiss have pushed far beyond the boundaries of the novels at this point, and the show will likely end far before George R.R. Martin’s series.

Game of Thrones season 7 will debut next summer with just seven new episodes.