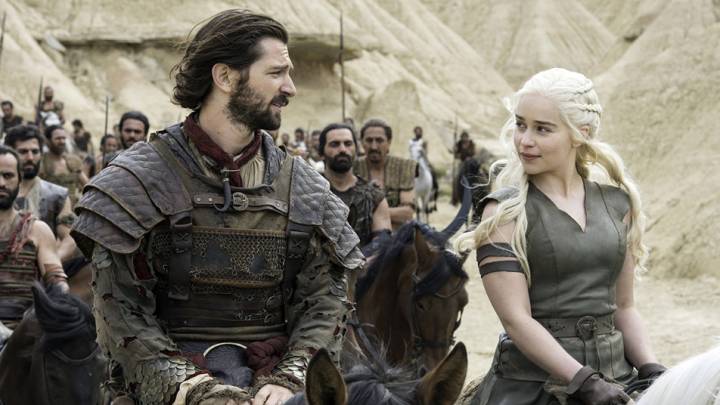 Posted on the official Game of Thrones YouTube channel as an uncensored “Beginner’s Guide,” the clip will tell you everything there is to know about the conflicts in Westeros and Essos. You get to know the main families, the relationships between them, and why everyone thinks they have a shot at the Iron Throne. There’s also the threat that looms over this world. Winter is coming, and with it, a conflict like no other. Oh, and there are dragons in the story.

But the single greatest thing about this video roundup that covers mainly seasons 1 through 5, with certain teasers about season 6, is Samuel L. Jackson and his unmistakable style. Jackson certainly knows his Game of Thrones action, and can tell a story like no one else. Part of me wishes he somehow got a role in the massive HBO series.

And if you’re a fan of both Game of Thrones and Jackson, you really should be watching this video differently. Go get a bottle and a shot glass and play the following game: every time Jackson says “motherf*cker” you drink a shot. But do it after work.