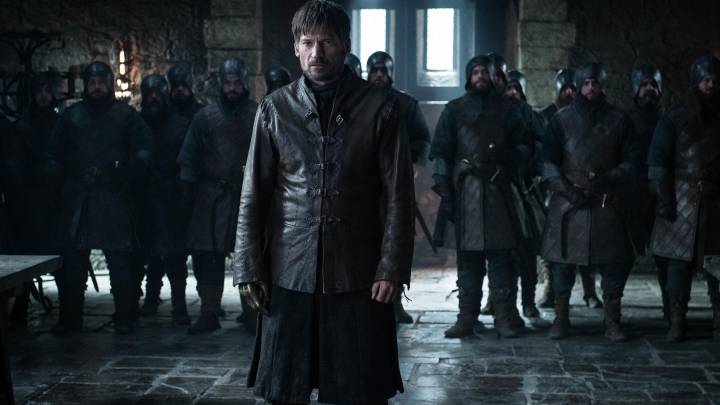 If you thought the Game of Thrones premiere was boring, you need to watch Leslie Jones watching it.

Well, it’s Jones and Seth Meyers watching the premiere before and after “levitating.” The video is hilarious, especially if you’ve seen these two do the same thing for earlier seasons. Before we move forward with the clip, you should know that several spoilers will follow below, as the “Game of Jones” video includes commentary on some of the key scenes from the first episode of Game of Thrones season 8.

The Game of Thrones season 8 premiere set new audience records last week, but not everyone loved what HBO decided to do with the first episode of the final season. The premiere brought us several satisfying reunions between characters who haven’t seen each other in quite a while. We also got the critical Jon Snow moment that we all knew was coming, and we were treated to a pinch of action to remind us that the White Walkers army is marching towards Winterfell.

That said, the episode felt unnecessarily rushed, as if the creators were sprinting through all these pivotal meetings to get to the action. At least a couple of scenes could have been longer, and nobody would have faulted HBO for taking another episode to get us through all these extremely necessary act one moments.

While I did enjoy the premiere overall, my biggest gripe with it concerns the lack of military details. War is coming, after all. There doesn’t seem to be any awareness or urgency in Winterfell about what’s happening both north and south of the capital. Sansa and co. should know by now how far away the undead are, and that there have been no movements from the Lannister armies. But I digress, big time, as this isn’t an actual review of the premiere. Jones would probably not agree with me one bit, or anyone who thinks the first episode was boring. That said, watching Jones and Meyers watch the new Game of Thrones episode is hilarious, and the full clip follows below: