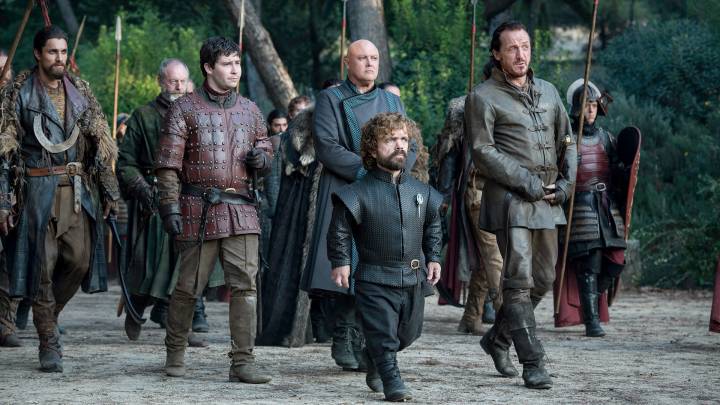 The final season of Game of Thrones is nowhere in sight, as we’re in for a long wait until HBO’s most popular TV series ever comes back. But we’ve got plenty of Game of Thrones news to keep us entertained until that happens. Like the fact that Peter Dinklage, who plays Tyrion in the series, thinks that his character is in love with his master, Daenerys. Of course, Mother of Dragons has fallen for Jon Snow in season 7’s finale, and neither one knows they’re actually related.

In an interview with Entertainment Weekly about, Dinklage explained that scene at the end of season 7, where Tyrion realized what Daenerys and Snow were up to. His expression inspired a bunch of theories online, but what was he really thinking?

“Keep it down over there, I’m trying to get some sleep!” Dinklage joked before explaining how he acted the scene:

No, ah, it’s complicated… A lot of the time with Tyrion, it’s professional and personal. Obviously, he has feelings for Daenerys. He loves her — or thinks he does. She’s awe-inspiring. He’s questioning that because he doesn’t have a good track record for falling in love. There’s jealousy wrapped up in there. And he loves Jon Snow, too. They’re the two people he has the most in common with, in a way — they’re both outsiders in their own families who have refused to follow the path their family has taken, and hopefully for the better. He’s wondering how smart of a move [Jon and Dany getting romantically involved is], because passion and politics don’t mix well. He knows the two of them getting together could be very dangerous.

Of course, this is just Dinklage’s take on the matter. This doesn’t mean that Tyrion will actually confess his love to Daenerys in season 8. HBO would probably prevent plot leaks like that. Then again, everyone will find out the two lovebirds are related next season, so things will get even more complicated.

Season 8 premiers next year. As for Dinklage, he’ll battle Nikolaj Coster-Waldau, who plays his brother Jaime in the series, for an Emmy this month.