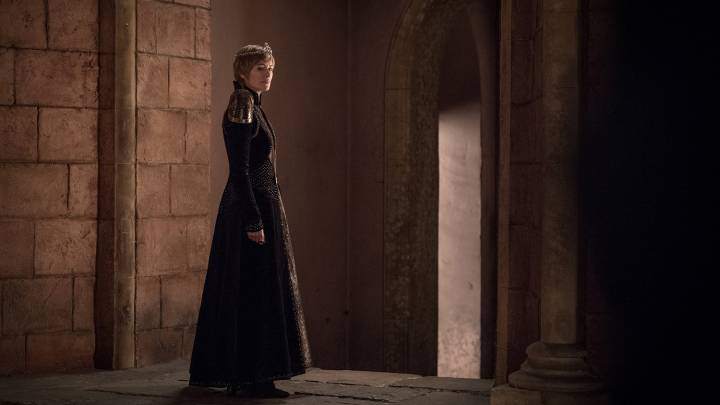 The closer we get to the premiere of the final season of Game of Thrones, the more tidbits hit the press, including a few significant details about the upcoming adventures in Westeros. A report earlier this week told us that an episode will deliver the biggest battle cinematic experience ever recorded on film, and that the episode might be 90 minutes long.

But that wasn’t the only new revelation about Game of Thrones. The same story reveals a few interesting details about the secrecy around the final season, and the highly anticipated finale of HBO’s most successful series.

The final episode of the series is so “extremely top-secret,” Entertainment Weekly reports, that it had to be directed by David Benioff and Dan Weiss — the Game of Thrones showrunners.

The report notes that for the finale, “secrecy was ratcheted up to another level,” and only crew members wearing a special “Episode 6” badge were allowed on set, while some of the scenes were shot on a closed set. All of that, of course, just so leaks could be prevented at all costs. And that’s why the duo responsible for the massive Game of Thrones success decided to direct the finale, Weiss explains.

When something has been sitting with you for so long, you have such a specific sense of the way each moment should play and feel. Not just in terms of ‘this shot or that shot,’ though sometimes it’s that as well. So it’s not really fair to ask somebody else to get that right. We’d be lurking over their shoulder every take driving them crazy making it hard for them to do their job. If we’re going to drive anybody crazy, it might as well be ourselves.

Wiess did not say what will happen in episode 6, but he did say they want people to love the show:

We want people to love it. It matters a lot to us. We’ve spent 11 years doing this. We also know no matter what we do, even if it’s the optimal version, that a certain number of people will hate the best of all possible versions. There is no version where everybody says, ‘I have to admit, I agree with every other person on the planet that this is the perfect way to do this’ — that’s an impossible reality that doesn’t exist. I’m hoping for the Breaking Bad [finale] argument where it’s like, ‘Is that an A or an A+?’

An earlier anecdote in EW’s coverage reveals that the showrunners went to great lengths to prevent leaks. For example, the huge battle scene was interrupted at one point in April 2018 by a helicopter flying above the set. That aircraft shouldn’t have been there in the first place as the production received government-protected airspace while filming in Northern Ireland, which ensured that no flying object whatsoever would disturb them.

The production followed through with the Civil Aviation Authority to identify the pilot who flew over the battle just to make sure it wasn’t carrying paparazzi looking for scoops. It turned out it was a police helicopter, so no secrets were exposed.

Benioff, meanwhile, explains that they’ve had an idea all along for the end. “From the beginning, we’ve talked about how the show would end. A good story isn’t a good story if you have a bad ending. Of course, we worry,” he said explaining that he’ll be “very drunk” and “very far from the internet,” when the finale airs on May 19th.