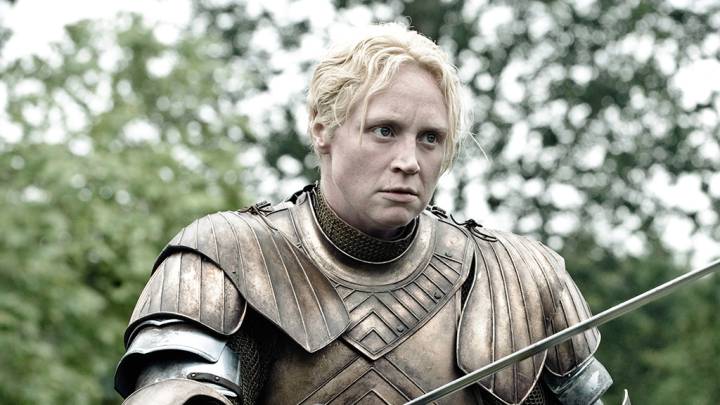 Long before Game of Thrones season 6 kicked off on HBO, book readers began to worry that the show would spoil many of the upcoming plot points in the remaining books that George R.R. Martin has yet to complete. They were right — the show has now moved into uncharted territory — but that doesn’t mean the books aren’t still going to have plenty of surprises of their own.

According to Vanity Fair, Martin made an appearance at Balticon (a convention in Baltimore) over the weekend to read a never-before-heard chapter from The Winds of Winter — the next book in the series A Song of Ice and Fire.

But it wasn’t the new chapter that had fans buzzing. Rather, it was a small detail that Martin confirmed to a fan in the audience: Brienne of Tarth is indeed a descendant of Ser Duncan the Tall.

Although the HBO series has only featured a passing mention of Ser Duncan, he is one of the most well-known knights in the history of Westeros and is the title character in Martin’s fantasy novellas, Tales of Dunk and Egg.

When Brienne recounted how she stumbled upon Dunk’s shield in the armories of Tarth in A Feast for Crows, many readers began to suspect that she was the descendant Martin had alluded to in the past. Years later, the truth is finally out, and Brienne’s stature and fighting prowess have more meaning than ever before.

It’s unlikely that this facet of Brienne’s past will ever be relevant in the TV series, but it does add a new dimension to her character for those who are familiar with Dunk and his famous exploits throughout Westeros.