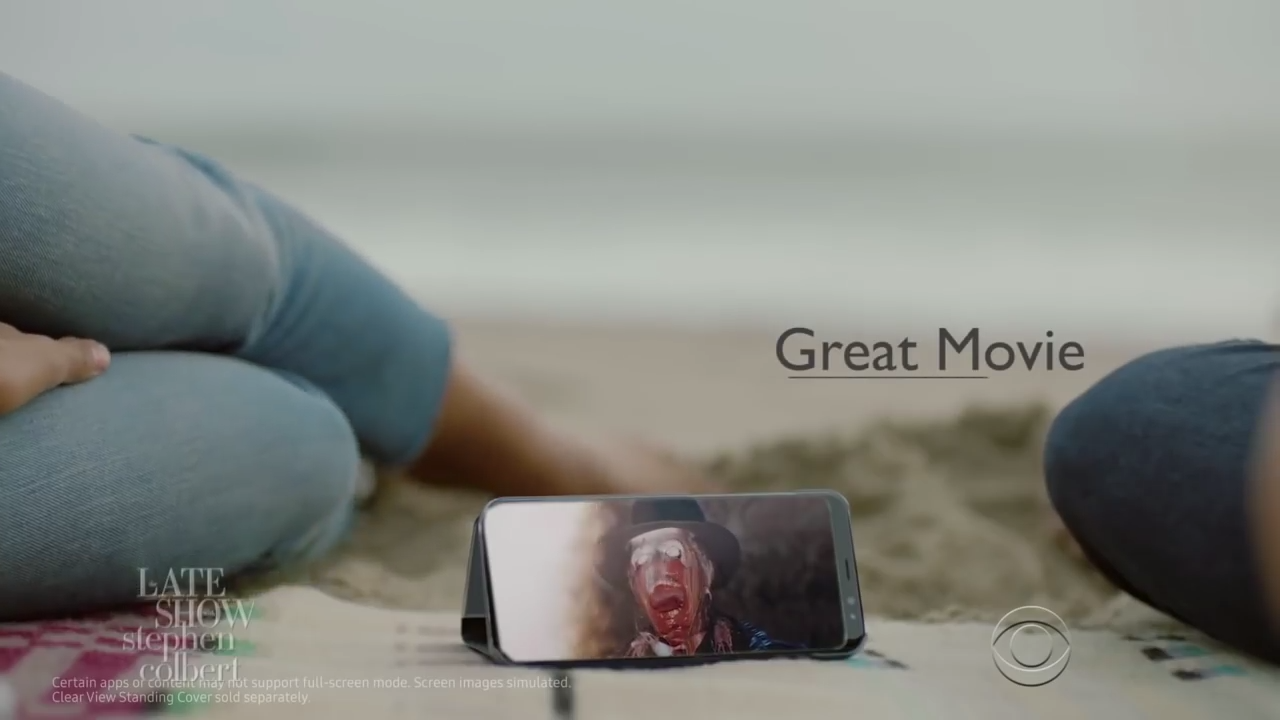 We’ve yet to see any reports of the battery on Samsung’s new Galaxy S8 catching fire or exploding, but that hasn’t stopped Stephen Colbert from taking the smartphone maker to task over its Galaxy Note 7 stumbles in a commercial parody on his show this week. He just had to get one last shot in.

The ad starts off innocently enough, showing off the infinity edge and the updated design of the Galaxy S8. Then the announcer begins to read and script, and things quickly go off the rails.

“Introducing the all-new Samsung Galaxy S8,” the announcer says. “When our engineers designed this phone, they asked themselves one simple question: How can we design a smartphone that won’t catch on fire?” It goes on from there, but it’s a pretty clear nod to the Note 7 and its exploding battery:

While Samsung appears to have resolved any lingering battery issues, the launch of the Galaxy S8 hasn’t been scot-free. Shortly after the phone became available, early adopters reported that the display had an unnatural red tint to it, which experts have told us could have been caused by “defective OLED panels, misadjusted displays at the factory, or software bugs.”

As far as we know, the phone does not actually attract bees though. But we can’t say for sure.