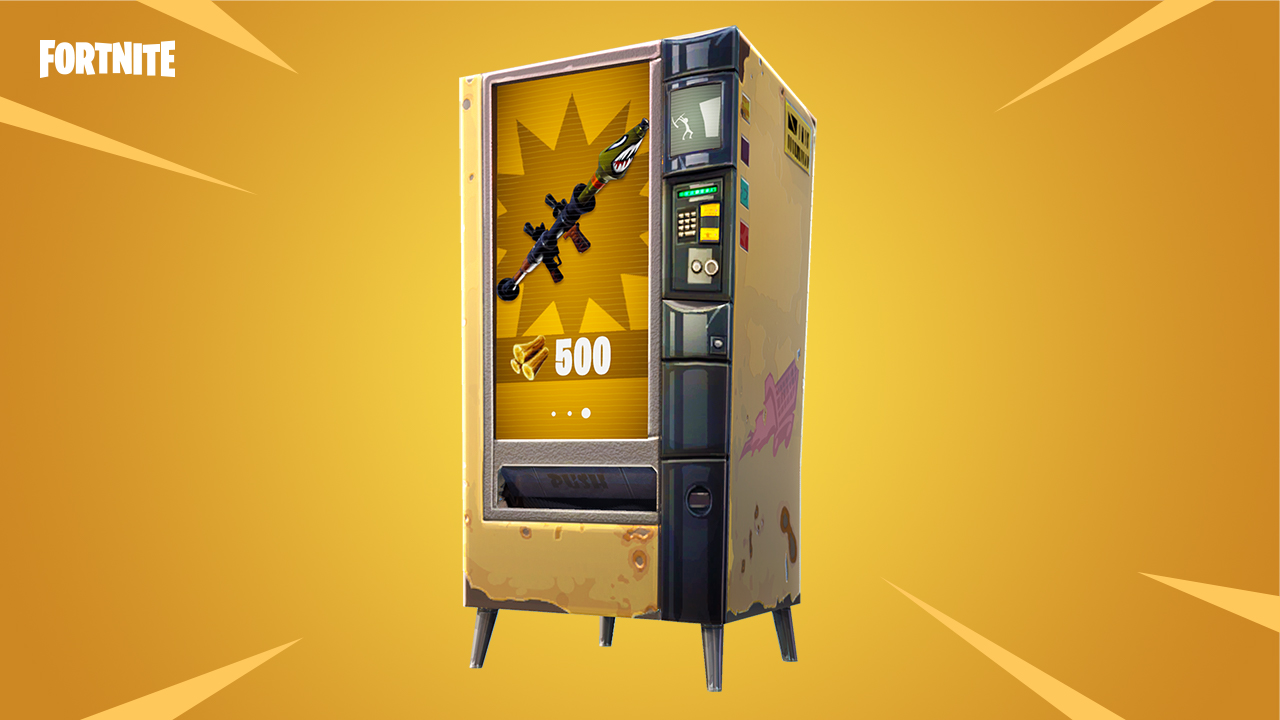 Vending machines are coming to Fortnite’s Battle Royale mode, Epic Games announced on Wednesday. Once they arrive in-game, vending machines will allow players to exchange materials they’ve collected in the match for weapons and items of a randomly selected rarity. The machines will offer three different items of that rarity, but you will have to spend a specific type of material (Wood, Stone or Metal) in order to purchase each item.

Items purchased at a Common vending machine will cost 100 materials, Uncommon will cost 200, Rare will cost 300, Epic will cost 400 and Legendary will cost 500 materials. The machines will cycle through the three available items on a short timer, but you can speed the timer up by bashing the machine with your pickaxe.

As Epic explains in a blog post, this marks the first official Content Update for Fortnite. Going forward, Epic will deliver new content every other week without having to push out an update. These will be called Content Updates, and they’ll give the team a chance to iron out bugs and address important issues while still providing new content.

And while it might not be the flashiest addition to Battle Royale, the vending machines could have a major impact on the way the game is played. Over the past few months, I have jumped from embarrassingly bad at Fortnite to at least holding my own, but the biggest problem for me (and many other who don’t play every day) is that I roll into the final stretch of a match with a pathetic loadout of weapons and items.

I have not (and will never) memorize where all of the chests are hidden on the map, so I take what I can find and snag anything appealing that drops from opponents I’ve vanquished. But now, with vending machines, I’ll have a chance to use all of those materials that often end up going to waste to buy an epic SCAR or a sniper as the circle draws closer. This depends heavily on how many vending machines actually appear on the map, but at the very least, they seem like they could be a fascinating release valve for players who drew the short stick with their arsenal.