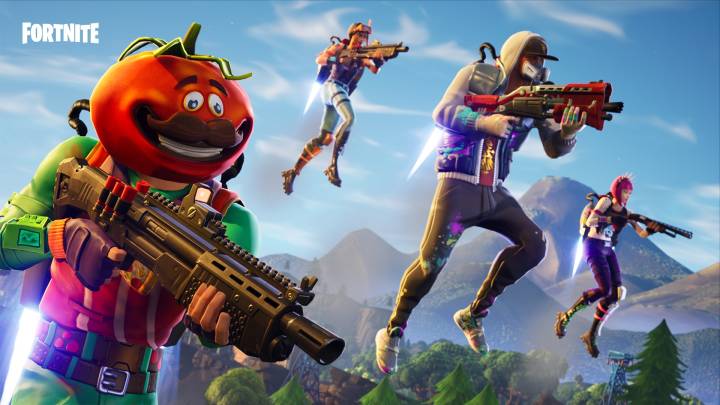 The pre-E3 floodgates have officially opened as leaks are starting to spring up at a furious pace. Shortly after the next Assassin’s Creed game was spoiled by a keychain (and then confirmed by Ubisoft), a document showed up on 4chan suggesting that Fortnite is finally coming to Nintendo Switch in the near future.

According to the anonymous user who posted it, the document came from “a friend whose job is making showroom displays.” Providing the document is real, Fortnite may make a surprise appearance during Nintendo’s E3 2018 video presentation, alongside the other games listed: Dragon Ball FighterZ, Monster Hunter Generations Ultimate, FIFA 19, KIller Queen Black, Starlink: Battle for Atlas, Paladins, Overcooked 2, and Mario Tennis Aces.

While 4chan is anything but a reliable source for video game leaks — especially days before E3 when everyone tries to top each other for the most realistic fake leaks — there’s another source that seems to back up the leak. On Friday, the Korean Game Rating Board rated Fortnite for the Switch. There’s a chance that this is a red herring or a mistake, but the timing of the rating points to the game being revealed soon. And E3 2018 is days away.

Separately, an anonymous source familiar with the plans of Fortnite developer Epic Games told Kotaku this week that Fortnite would arrive on Nintendo Switch. All of this, in addition to the fact that Fortnite is a total no-brainer for Switch (just as it was for iOS and Android) has us convinced a reveal isn’t far off.

In the meantime, you can play Fortnite on a variety of other platforms until E3 2018 begins on June 12th.