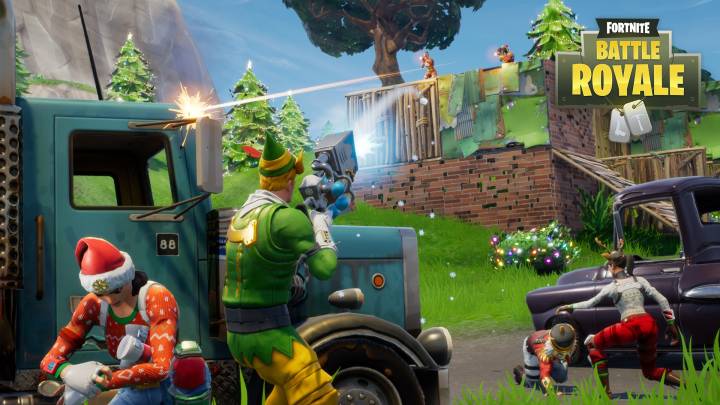 One of the most requested features in Fortnite’s short history is finally arriving this week as Epic Games announced on Twitter today that the v4.2 content update on Tuesday will include jetpacks. According to the tweet, the update will roll out on Tuesday at 8AM ET, and there won’t be any server downtime to keep you from jumping in.

Epic has been teasing the inclusion of jetpacks for months, but after having to delay the feature back in February, the item will highlight the latest content update this week. Interestingly though, the New Updates splash screen in Fortnite reveals that the jetpacks will only be available for a limited time. Whether or not this is because the development team couldn’t figure out a way to balance the item appropriately or just to test the water remains to be seen.

Close Quarters Combat with Shotguns & Jetpacks! If you find a jetpack, double-tap the jump button to take off. Keep the button held down to apply thrust. Make sure to land before it runs out of fuel!

The Close Encounters mode has yet to be confirmed, but we’ll know tomorrow morning just how accurate the leak really was. In the meantime, it’s hard not to get excited about jetpacks in Battle Royale. Sure, the item might end up being overpowered, but it will give players the ability to explore the map in a whole new way.