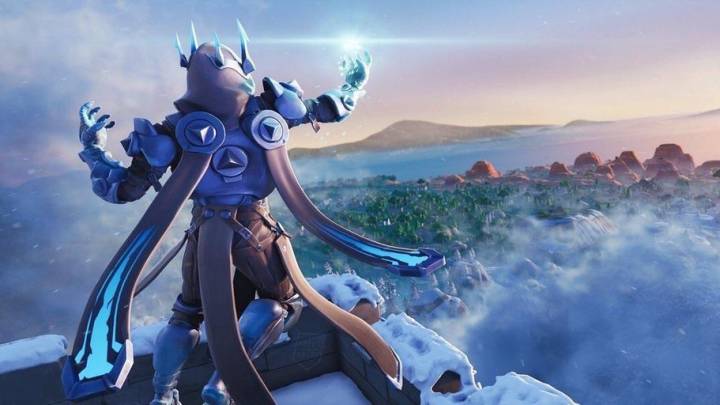 In addition to being one of the most successful online multiplayer games of all time, Fortnite also becomes one of the more compelling mysteries in gaming every month or so as developer Epic Games plants the seeds for its next major event. We’ve seen catastrophic storms, mysterious cubes, and now, a massive ice sphere has been spotted floating above Polar Peak. Unfortunately for Epic, dataminers might have spoiled the surprise.

On Tuesday morning, Epic began rolling out Fortnite v7.20, and it didn’t take long for tech-savvy fans of the game to begin delving into the code to see what they could find. While the official patch notes don’t say anything about the ice sphere, the datamined code indicates that a series of Ice Storm challenges will soon appear in-game, with Ice Legion enemies to defeat, and an Ice King that should make the map even more dangerous for players.

Epic Games hasn’t announced any new challenges for Fortnite yet, and they aren’t currently accessible, but based on the following tweets from @FortniteGameLAT, it’s clear that the challenges will drop in the very near future:

As for when we will begin to see the first signs of the next major in-game event, there is yet another interesting object on the map that has players intrigued. On the south side of the map, near Happy Hamlet, a gigantic iceberg appeared that was taking global damage from players all over the world. It initially had over 5 billion health, but shattered in the early afternoon to reveal a bunker. For now, there’s no way to get inside of said bunker, but we have to assume that it will play a part in the upcoming Ice Storm event (though we can’t be sure).