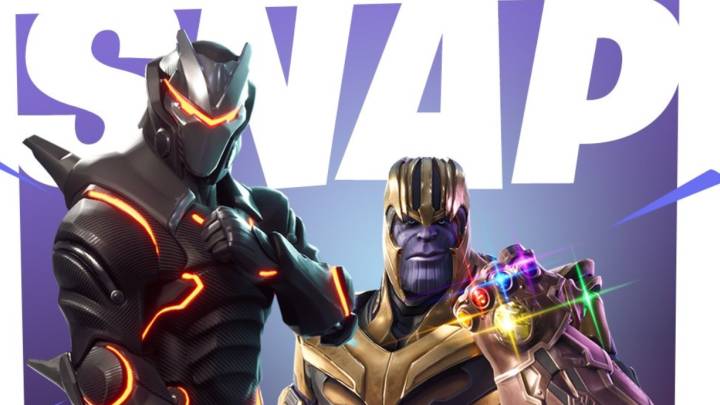 Because the movie wasn’t ambitious enough, Avengers: Infinity War is crossing over with another massively popular property this week. On Monday, Entertainment Weekly announced that a new mode for Fortnite arriving on Tuesday, May 8th will give players the ability to find the Infinity Gauntlet and transform into Thanos.

The “Infinity Gauntlet Limited Time Mashup” mode in Fortnite Battle Royale will be virtually identical to the standard 100-player arena, but for the presence of the Infinity Gauntlet. And this isn’t a half-full gauntlet either — all six Infinity Stones are set within it, which means that whoever finds it will be all-powerful. Epic Games hasn’t actually shown off how Thanos will function in-game, but the mode will be available to everyone starting tomorrow.

“Over the past few months, while we were editing Infinity War, we’d take breaks to hop on and get in a few games,” Infinity War co-director Joe Russo told EW in an interview. “And then we started thinking, how cool would it be to have some kind of Avengers–Fortnite mashup? So we stalked Donald.”

Joe is referring to Donald Mustard, the worldwide creative director at Epic Games. Mustard says that he received a call “out of the blue,” and within an hour, they already “had the bones of this awesome idea” that became the limited time mode. The team got to work right away, and now, just over a week after Infinity War hit theaters, the Fortnite crossover is ready to roll out. “We hope players love it,” said Mustard.

Fortnite Battle Royale (and the new mode) are available for free on PS4, Xbox One, PC, Mac and iOS.