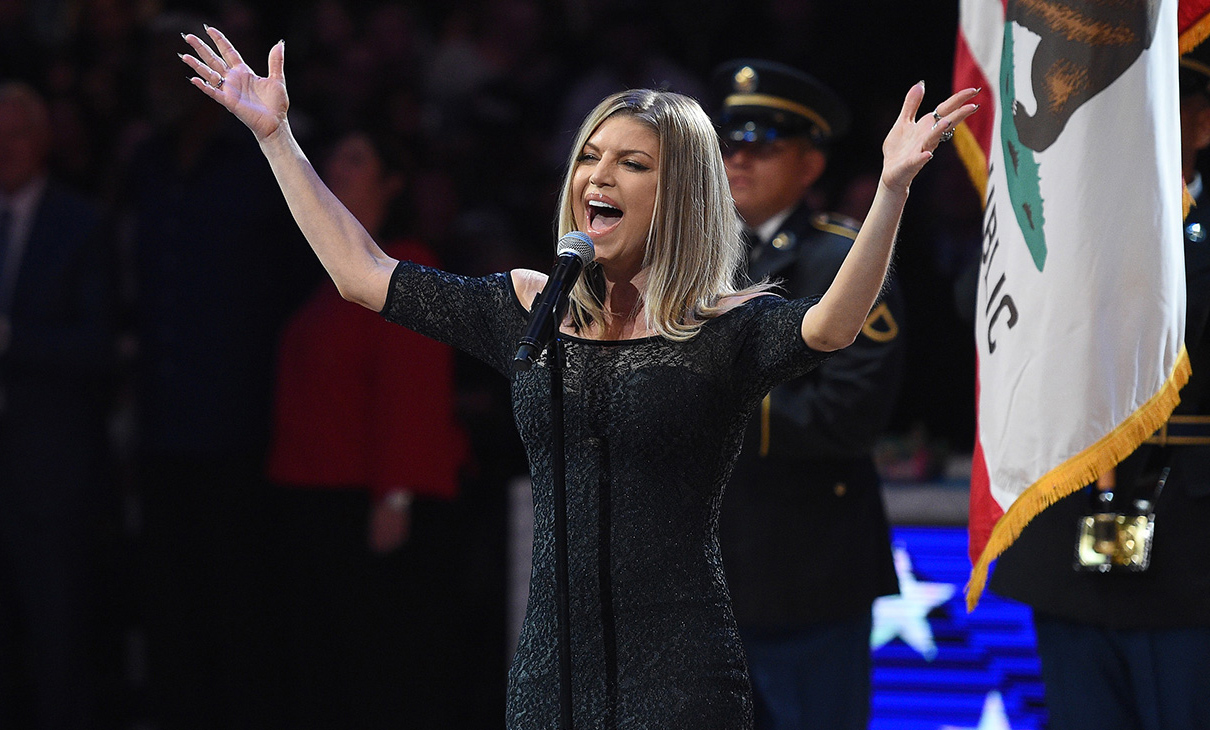 Team Lebron rallied late in the game on Sunday night to topple Team Stephen in an action packed NBA All-Star game that ended 148 – 145. Much of the meeting was basically a highlight reel as the best in the business took to the court to have some fun and give the fans a good show. Of course, amid all those highlights there was also a lowlight, and may very well have been the lowest lowlight to have ever taken place at an NBA All-Star game.

That’s right, we’re talking about Fergie’s performance of the National Anthem during the halftime show at the NBA All-Star game. It was horrendous… it was horrific… it was haunting… and the internet can’t stop talking about it.

With Team Stephen up 78 – 76 over Team Lebron at halftime, the excitement in the crowd at the Staples Center turned to silence as NBA All-Star Game attendees prepared to honor the United States during the traditional singing of the National Anthem. What they would witness can be described plenty of different ways, but it was anything but traditional.

Pop singer Fergie of Black Eyed Peas fame was given the honors last night, and she bombed. Hard. In an original rendition of the Anthem that looked like it was supposed to be inspired by Marilyn Monroe’s “Happy Birthday,” Fergie apparently decided it would be a good idea to sex up the National Anthem mere days after the 18th school shooting of the year in the US. The result was anything but sexy. Instead, it was tasteless and cringeworthy — not to mention off-key.

Here are some reactions:

Not sure what Fergie was going for on that national anthem performance but if it was “my friends drunk mom acting sexy” she nailed it.

The confused looks during Fergie singing the anthem are going to provide #NBATwitter meme's for the next decade. #NBAAllStar2018

Here’s a video of Fergie’s performance. Watch at your own risk.

So, who did it worse, Fergie or Roseanne?