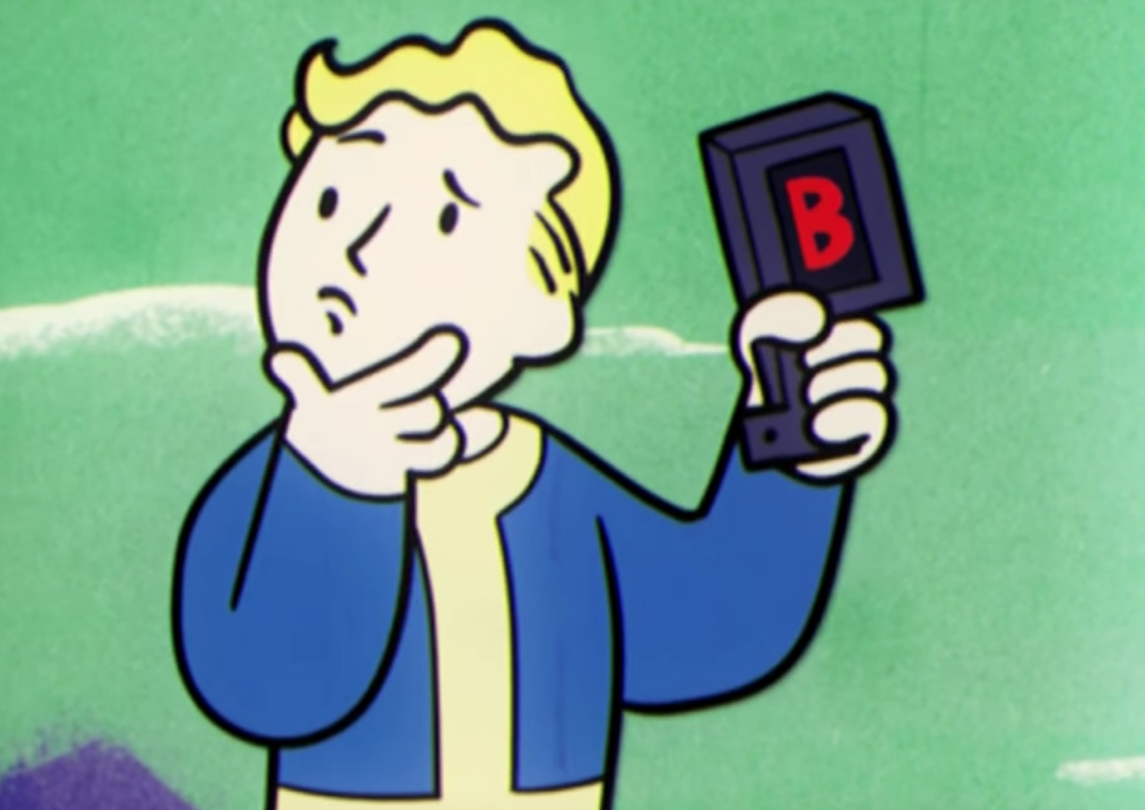 Bethesda kind of took a bit of the wind out of its own E3 sails by teasing and then revealing the existence of Fallout 76 well in advance of it’s formal E3 showcase. At the time it seemed like just another example of a game company that got a bit too excited about its next project and couldn’t wait to show the public, but now that Bethesda’s E3 show is over it’s clear why they played things the way they did.

Fallout 76 is unlike any Fallout game before it. After its vague reveal, a trickle of info regarding the style of the game and its place in the Fallout canon hinted that it was an online multiplayer affair, which is a huge departure for Fallout fans. We were given nearly two weeks to digest that before seeing it in action, which is just enough time for folks to approach it with an open mind.

Now that Bethesda has had a chance to actually explain how it all works, it’s clear that at least some of the early worry about the game was unwarranted. Fallout 76 actually looks pretty fantastic, and it looks like Bethesda is doing almost everything right.

What do I mean by that? I’m so glad you asked, dear reader! Let’s dive in.

It’s not an MMO

Fallout 76 is an online “softcore survival” game, and you’ll run into players you can team up with or face off against, but beyond that it’s nothing like an MMO in the traditional sense. You’re not locked to a server and you’re not asked to select from a list of races with varying backstories and special abilities. You and everyone else you see is simply a former vault-dweller who has crawled above ground and been tasked with rebuilding civilization.

Bethesda has gained a lot of experience with Elder Scrolls Online, which is a more traditional MMO. It might have been tempting to shoehorn Fallout into that mould, but it’s abundantly clear that they did the exact opposite. That’s great news, and it brings us to our next point.

Of all the things that makes it clear that Bethesda didn’t want to do another MMO, Fallout 76‘s world map is probably the most obvious clue. Set in West Virginia, the world looks very much like the post-apocalyptic wasteland that Fallout fans are accustomed to. There’s busted buildings and plenty of disgusting creatures to fight, but there also doesn’t appear to be any kind of central “hub” — if there is, Todd Howard did a really, really good job of avoiding that entirely.

The absence of a common public area means players are forced to find each other, perhaps even building their own established safe zones if they so choose. You won’t be roaming around a town square with a hundred other players, which would obviously ruin the Fallout vibe, and it seems that all of this is being left up to the players. If you want a place to meet you’ll need to team up with your neighbors and build it yourself, fending off the hostile creatures and vetting anyone you decide to let in. That’s awesome.

Fallout games are all about the wasteland. Finding a farm with a few NPCs walking around or wandering into a town with a dozen unique characters milling about is a rare treat. You spend most of your time in Fallout games fighting for your life as you venture between the sparse chunks of civilization that remain. Howard explained that the same will be true in Fallout 76, with servers populated by just “dozens” of players, rather than hundreds or even thousands.

There’s been a gradual push in recent years to make online multiplayer games bigger both in terms of the world but also the player population. Even survival games like DayZ and Rust are typically packed with players that you can run into within the first few minutes of exploring. It causes the players to have zero respect for “life” as it relates to the game.

If I spawn on a beach and immediately see five naked people running towards me, I’m probably not going to be all that friendly. In the case of Fallout 76, with a map that is four times the size of Fallout 4 and a tiny population of players, seeing someone for the first, second, or tenth time is going to feel like a rare treat, and I’m much more likely to just want to talk than immediately drop them with a shot to the dome.

I’ve played a lot of survival games and not a single one of them has successfully managed player-created settlements. When players group up, they build massive, sprawling compounds for safety and then, when they get bored, they just grief everyone else on the server. Player-built structures also tend to kill performance, creating lag as the server does its best to manage all the crap that is being built, placed, and moved.

Because of this, lots of survival games do regular map wipes, where the entire server is pushed back to square one and everyone starts fresh. It’s an easy solution from a developer standpoint, but it can definitely kill player morale. Bethesda seems to have gotten around this by making progression permanent and allowing the players to decide what gets wiped off the map, and when, thanks to the nuclear launch site system.

Players have to find codes scattered throughout the game world to activate nuclear launch sites which can then target any place on the map. A group of four is shooting-on-sight and terrorizing a corner of the map? It won’t be hard for the rest of the players to team up and crush them with a bomb drop. Or, if two rival clans are duking it out, let them grief each other with bombs while the rest of the players go about their business.

Bethesda games tend to be buggy. Very buggy. Like, really super very buggy and full of bugs. Todd Howard addressed this on stage but behind his lighthearted jabs at his own company is a very important development: Bethesda doesn’t want this game to be buggy.

Bugs and glitches in a single-player game can be annoying but are mostly just funny. Bugs and glitches in a multiplayer game can lead to exploits that give certain players unfair advantages. Bethesda’s decision to do an open beta for Fallout 76 should give us all a bit of hope that the company is dedicated to making a survival game with as few game-breaking exploits as possible.