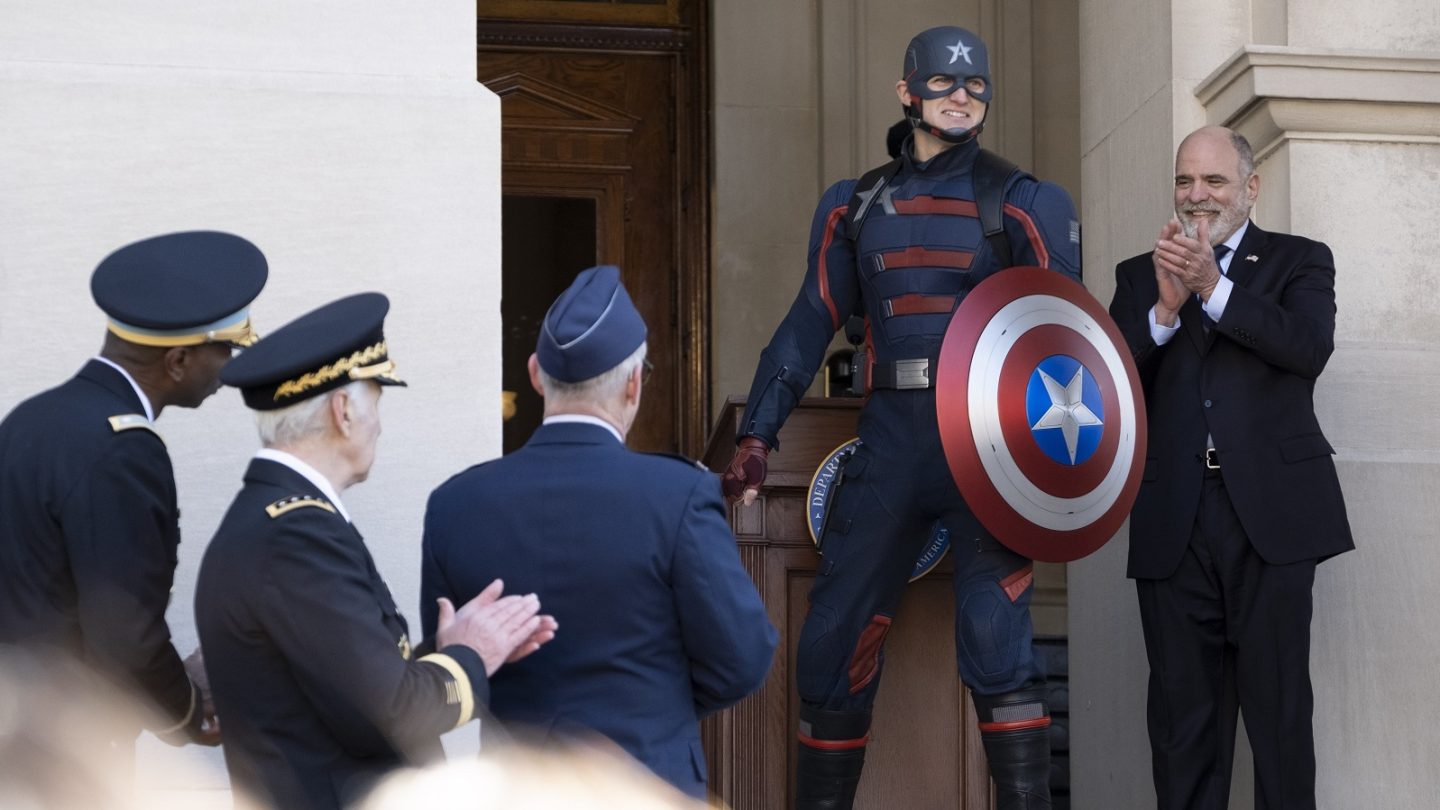 If the enormous success of WandaVision is any guide, The Falcon and the Winter Soldier will undoubtedly be one of the biggest shows of the spring as it rolls out over the next several weeks. Anyone who has watched the first episode that debuted last Friday knows that this series is going to feel much more like a Marvel movie than WandaVision did, but one thing that The Falcon and the Winter Soldier lacks is a central mystery driving the story.

We aren’t waiting to see Mephisto pop out from around every corner or expecting the X-Men to save the day — this is a show about Sam Wilson and James “Bucky” Barnes finding their way after Endgame. That said, the series is asking some very important questions, the most compelling of which is: Who will replace Captain America?

Over the next five weeks, there’s a good chance that we’ll get an answer to that question, but this week, a leaked toy line might have spoiled the ending. Before you read on, know that potential spoilers follow.

If you saw the first episode of The Falcon and the Winter Soldier, you know that Sam turned down the opportunity to take up the mantle in the wake of Captain America’s retirement. Sam did not feel like he could emulate everything that Steve Rogers represented, and so he decided that being Falcon was enough. At the very end of the episode, he turns on the news to see that the US government had already moved on and picked a new Captain America to protect the country. We will obviously become better acquainted with him in future episodes.

But before the story ever had a chance to develop, a store page for Falcon action figures went live on Chinese retailer TMall’s store, and while the page has since been taken down, nothing ever disappears on the internet. As you can see in the images below, Sam Wilson will be Captain American before the series ends:

"Captain America" (The Falcon and The Winter Soldier ver.)#MarvelSelect pic.twitter.com/vakhrwQsMZ

Now, despite the fact that these images appeared on a legitimate retail website and we can see the toy from a variety of angles, we can’t actually confirm the existence of the action figure. That said, it seemed kind of inevitable that Sam would eventually come around and take up the shield. Admittedly, the new costume is a bit louder than I would have expected, but seeing Sam with Cap’s shield in red, white, and blue should be quite a sight.

Even if Sam Wilson’s destination has been spoiled, we still have no idea how he will get there. The last we saw the shield, it was in the hands of John Walker, who the United States has dubbed the next Captain America. Will Sam take up the shield after Walker abandons it? Or will Sam take it from him by force?

The Falcon and the Winter Soldier episode 2 begins streaming on Disney+ this Friday, March 26th.