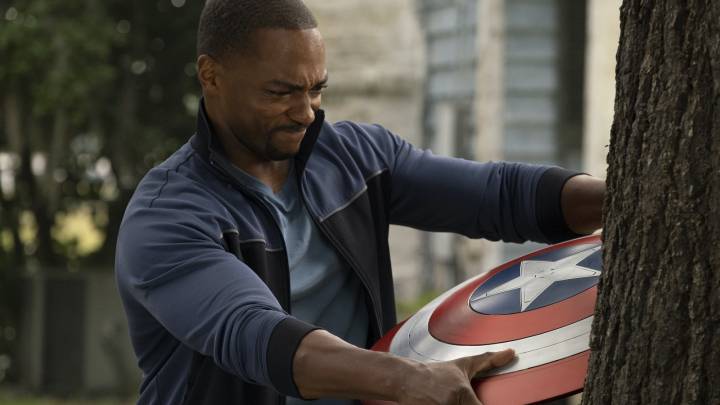 After spending all of 2020 wondering what was going on in the Marvel Cinematic Universe, fans only had to wait two weeks between the finale of WandaVision and the premiere of The Falcon and the Winter Soldier. On Friday, the first episode of the latest Marvel series on Disney+ will make its debut, and we’ll finally find out what happened to the two potential heirs to Captain America’s shield following the events of Avengers: Endgame.

Of course, just because the series centers around two characters that are inextricably linked to Captain America, that doesn’t mean we’re going to see the former leader of the Avengers in the series (or anywhere else). In fact, speaking to Entertainment Weekly in a recent interview, Marvel Studios president Kevin Feige poured cold water all over the rumors and reports that Chris Evans would be making a return to the MCU.

“I rarely answer no to anything anymore because things are always surprising me with what happens, but that rumor, I think, was dispelled rather quickly by the man himself,” Feige said during the interview. Feige seems to be referring to a Deadline article which claimed that a deal for Evans to return was in the works:

In a move that is sure to rock the Marvel Cinematic Universe, sources tell Deadline that Chris Evans is cleaning the dust off his Captain America attire as he is expected reprise the role in the MCU in some form. It’s still vague whether the deal is closed, but insiders say it’s headed in that direction for Evans to return as Steve Rogers aka Captain America in at least one Marvel property, with the door open for a second film. Sources add it’s unlikely to be a new Captain America installment and more likely to be like what Robert Downey Jr. did after Iron Man 3, appearing in such films as Captain America: Civil War and Spider-Man: Homecoming.

Shortly after the article was published in January, Chris Evans shared the following message on Twitter:

Anthony Mackie (Sam Wilson/Falcon) was similarly perplexed about the rumors of Evans’ return, explaining that he was fishing when the report was published and heard about it from the guy who sells him bait. As Mackie put it: “The dude at the dock selling me shrimp knows more about what’s going on with Marvel than I do.”

“Anything is possible, right?” Sebastian Stan (Bucky Barnes/Winter Soldier) said about the rumor when asked by EW. “I saw he tweeted something about it. So, I don’t know. I feel like usually he knows what to say in those things, so I didn’t know what to make of it. And I truly don’t have any intel on that. I feel like you can’t ever think of the words ‘Captain America’ without thinking about Chris Evans. He’s done such an amazing job with it, and I feel like he’s always going to have this presence. And he has a presence in our show.”